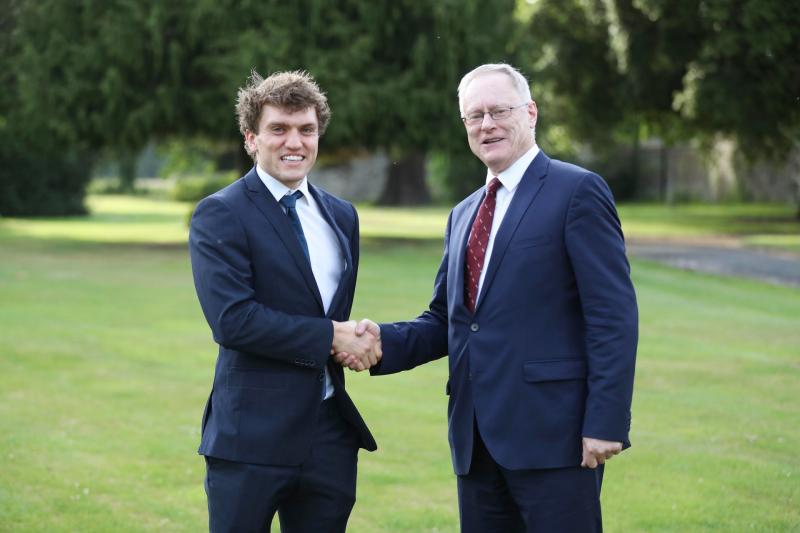 Shane O’Donnell, a Teagasc Walsh Fellow based at Teagasc, Moorepark Food Research Centre, is one of 37 recipients of a prestigious Fulbright Award.

Shane O’Donnell is a Teagasc Walsh Fellow PhD student based at Teagasc, Moorepark (APC Microbiome Ireland) and is pursuing his PhD in association with University College Cork (UCC). He has previously received a BSc in Genetics at UCC. His current research focuses on the effect the genus Lactobacillus has on human health through its impact on the gut microbiota.

As a Fulbright student to Professor Jing Kang’s laboratory in Harvard University for a period of six months, he will conduct a trial analysing the impact Lactobacillus casei has on the gut microbiome. Specifically, he will look at the role of L. casei in ameliorating symptoms associated with Irritable Bowel Syndrome, utilising a transgene mouse model capable of maintaining an ideal Omega 3/Omega 6 ratio.

Shane O’Donnell’s PhD is co-supervised by Professor Catherine Stanton, Teagasc and Professor Paul Ross, UCC and is funded by the Department of Agriculture, Food and the Marine’s Food Institutional Research Measure (FIRM). Shane O’Donnell said: “I am honoured to receive such a prestigious award and to be part of such a high-achieving cohort of individuals. I am thoroughly looking forward to continuing my research in Harvard and embracing every experience that this opportunity will bring."

The Fulbright Programme in Ireland was established in 1957 and annually awards grants for Irish citizens to study, research, or teach in the U.S. and for Americans to do the same in Ireland. Since its formation over 2,000 postgraduate students, scholars, professionals, and teachers across all disciplines have participated in the programme between the U.S. and Ireland.

The Commission is supported by the U.S. Department of State and the Irish Government’s Department of Foreign Affairs. It is also a registered charity. The next round of applications for Fulbright Irish Awards will open on August 31, 2018, interested applicants should visit www.fulbright.ie for more information.