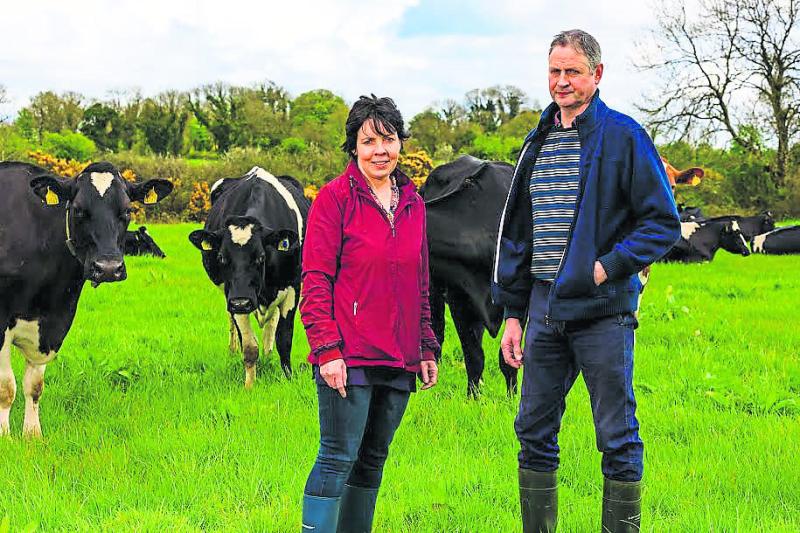 The awards aim to recognise the standard of excellence in dairy farming by Aurivo milk suppliers, as well as their dedication and commitment to milk production in the previous year.

He began milking his third-generation farm in 1994, when he took over from his father, PJ.

Prior to this, John completed a farm management course, which deepened his knowledge and understanding of running a farm efficiently.

He subsequently took his new skills and put them into practice on the farm.

John’s wife Ann, and their two children, Caitriona and Ciaran also help out on a farm where 50 cross-breed Ayrshire and Holstein Friesian cows are milked on 80 acres of land.

Speaking at the event, Aaron Forde, Chief Executive of Aurivo said the company was very proud of its quality milk pool and that was down to the unfaltering commitment of over 1,000 suppliers across Ireland.

“I would like to personally congratulate John on his success, which is well deserved.

“We look forward to a continued partnership with all our suppliers and to further strengthening our market position, both nationally and internationally.”