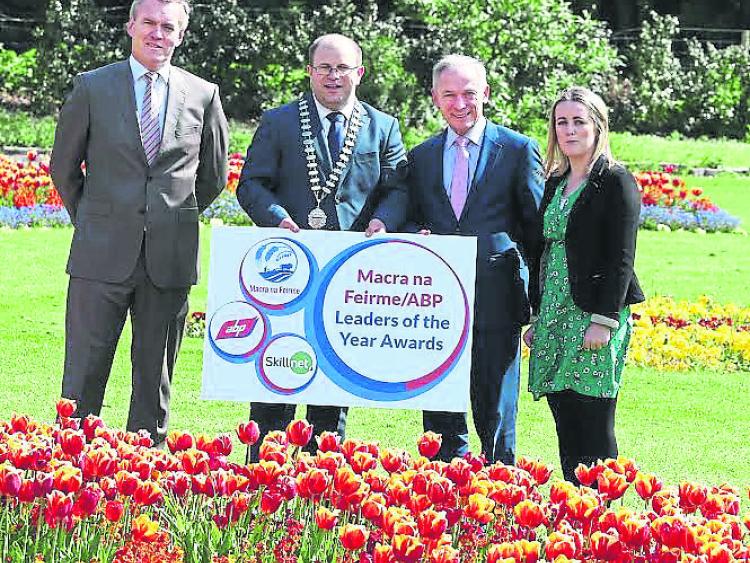 Macra na Feirme and ABP have begun their search for tomorrow’s community leaders. Applications are now open for the 2018 Macra na Feirme/ABP Leaders of the Year Awards.

The Leaders of the Year programme aims to recognise Macra na Feirme members who have demonstrated excellent leadership qualities within the organisation and the wider community.

The competition raises the level and standard of leadership in Macra and provides an incentive for the development of club programmes.

“The organisation has a proud tradition of leadership development in rural Ireland, and I am delighted that Skillnet Ireland, through my own department, are supporting Macra na Feirme’s Macra Agricultural Skillnet in delivering leadership training and coaching to the agri-sector.”

“As a business which is focused on helping to develop young people with an interest in agriculture and the wider food sector it is an appropriate fit for us,” he added.

“We firmly believe in the need to nurture and encourage the next generation of talented young leaders, as well as recognising their achievements.’’

“I would like to thank ABP for their continued support of these awards; Macra na Feirme prides itself on its development of tomorrow’s leaders and these awards play a major part in giving our members who excel, the recognition and encouragement they deserve,” he concluded.

Applicants will be invited for interview in June/July and the results of the Leaders of the Year programme will be announced at Macra na Feirme County Officer Training in September. The closing date for entries is Thursday May 31, 2018.