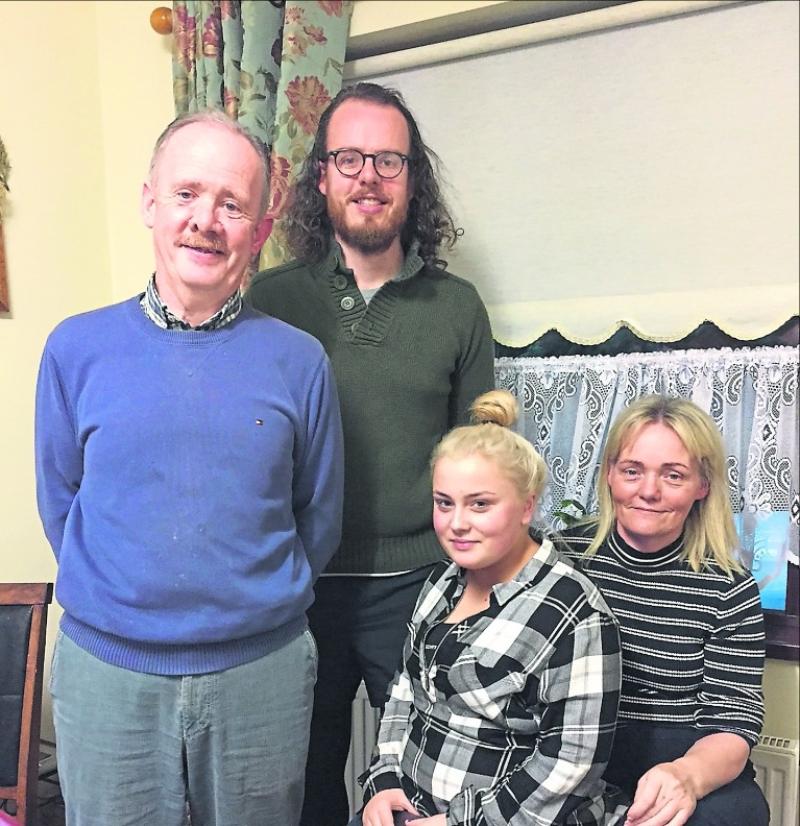 Ballinalee sheep and suckler farmer, John Connell, will feature on the ‘Ear to the Ground’ programme on RTÉ One on Thursday, March 1 at 8.30pm.

John spends his days looking after his herd of forty sheep and forty cows with his parents Tom and Margaret, and younger sister Javine.
However, farming is not the only passion John has in life.

Since childhood, he has had a love of writing stemming from winning a writing competition aged 12.

While living in New Zealand when he was 22, John penned a short story based on a true event of losing a calf. From this, his writing career blossomed.

With his agent urging him to write about what he knew John started ‘The Cow Book’ which is due for release this year.

Listed as one of the “books to look out for in 2018” by The Irish Times, writing about what he knows and loves is already paying off.
John believes it is important to be transparent in his writing and truthfully lays out the ins and outs of farming in Ireland while also talking candidly about his battle with depression.

Ella McSweeney visits John and his family on their farm in Ballinalee to meet the man behind the book.
Ear to the Ground broadcasts on RTÉ One, Thursdays at 8.30pm.

It is repeated on lunchtime Sunday and is produced by indiepics for RTÉ.