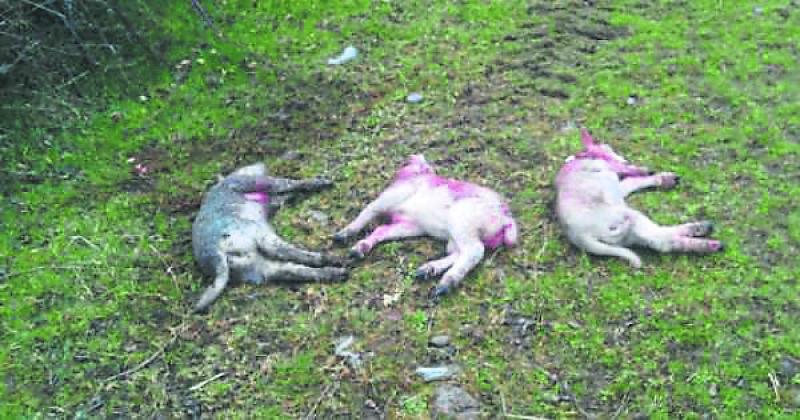 Sheep killed by a dog on a farm outside Longford town last year.

IFA has called for a media campaign on responsible dog ownership after marauding dogs wreaked havoc in the region recently.

“With the darker evenings and nights at this time of year, dog attacks increase and recent cases have been reported around the country,” he added.

“Some of these attacks are vicious with defenceless sheep flocks savaged by marauding dogs inflicting terrible suffering and pain, and in many cases death on the sheep.”

Meanwhile, the local IFA chairman said the time had come for dog owners to be more responsible when it came to their pets.

“Dog owners need to take a much more active and responsible approach towards ownership and towards ensuring that their pets are under control at all times,” he warned, before pointing to the fact that owners can now be held responsible for any losses involved in dog attacks and face serious financial and legal consequences.

“Farmers have a right to protect their sheep flock and can shoot a dog worrying, or about to worry their flock.
“IFA has a protocol to help farmers who encounter a dog attack on their sheep flock.

The IFA protocol involves an easy-to- follow, 10-point Plan of Action covering what a farmer should do following a dog attack or sheep kill.”