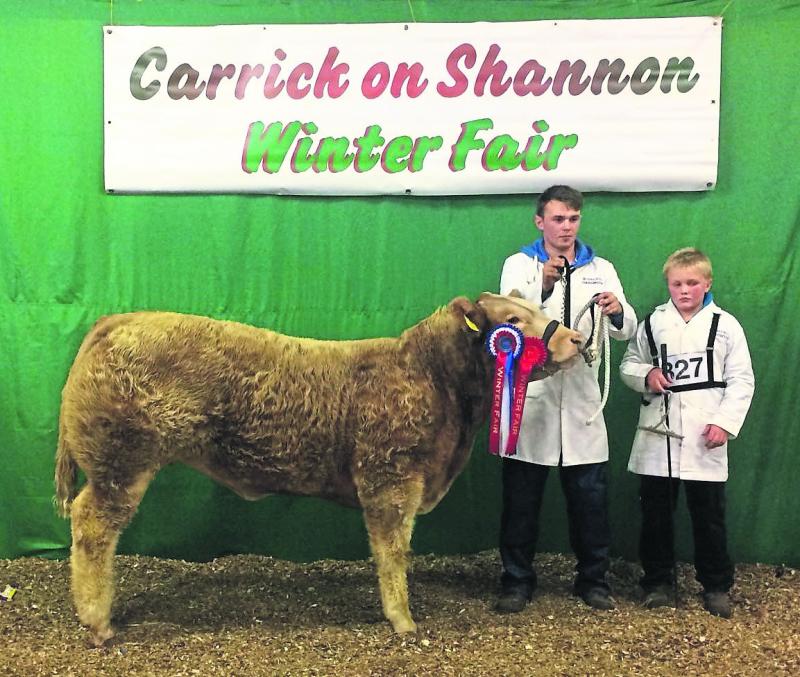 Adam and Bryan Moorhead at the recent Carrick-on-Shannon Winter Fair.

Following a good Commercial Cattle showing season, the Moorhead Family from Ballinalee had a great day on Sunday, November 26 at the Winter Fair for Commercial Livestock in Carrick-on-Shannon run by the Midland & Western Livestock Improvement Society Ltd.

They won the Limousin Cross Bullock class and took second place in the Heifer any Breed class.

That was then topped off by winning the Charolais Cross female calf 450kg and , before going on to take Reserve Junior Charolais Champion with their Charolais cross calf. The Moorhead Family include Derek & Hazel and their children Adam, Daniel, Laura and Bryan.

They take part in agricultural shows throughout the summer months and end the season off at this event in Carrick-on-Shannon every year.