Carthy calls for action on fodder crisis in Longford and Leitrim 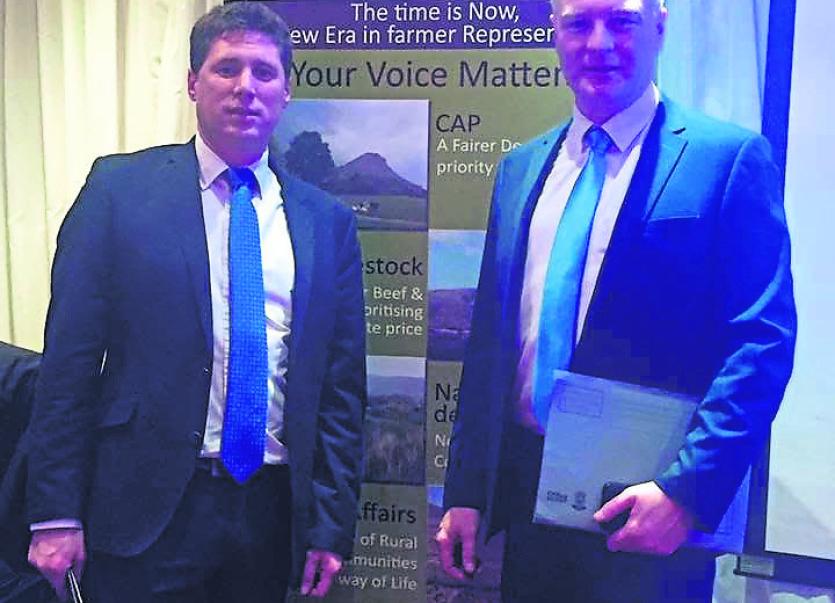 He also called for the current review of the Areas of Natural Constraint (ANC) scheme to ensure more targeted aid to those farmers on mountain land and lowlands who face specific difficulties.

The Midlands North West MEP, who is a member of the European Parliament’s Agriculture Committee made the remarks at a meeting of the Irish Natura and Hill Farmers Association in Sligo on Friday evening.

Matt Carthy said: “Farmers across the country are facing into a very serious fodder crisis. Excessive rainfall this year has resulted in farmers having to start early feeding of livestock, and they are unable to get a second cut of silage.

“Waterlogged fields have forced many farmers to keep cattle indoors throughout the worst of the summer weather and grass intended for silage could not be cut across much of the North West.

"Farmers have observed 10 dry days between July and October for drying and evaporation. Fodder shortages have now spread to the border counties and Midlands.

“The fodder situation is serious and getting worse. Minister for Agriculture Michael Creed must urgently address this deepening crisis and implement a fodder scheme to establish a fund for affected farmers. He needs to introduce an emergency fodder scheme immediately.

"The Government must step in to assist our farmers.

While farmers have been warning about this problem for months now, the Minister for Agriculture has been claiming there is sufficient fodder across the country.

“Farmers have warned that any fodder that they do manage to produce now will be of poor quality - leading to potential animal health problems.
“The last time the Government was forced into action on these issues was in 2013. At that time, there was an increase in the number of contacts made by farmers to the Pieta House suicide prevention centre in Limerick following a joint initiative with the IFA.

There were massive mental health difficulties as a result of cash flow problems.

Addressing the Areas of Natural Consent (ANC) review Mr Carthy said:
“Sinn Féin has consistently called for special recognition for the extra difficulties faced by mountain farmers in the review. I have also called for farmers constrained by lowlands to receive more targeted aid.

Sinn Féin Senators submitted a motion calling for the retention of mountain sheep grazing as a separate category after the review of the Areas of Natural Constraints (ANC) Scheme; payments to properly reflect the multiple constraints experienced by those farming mountain type land; for payments to be set at similar rates to the offshore islands rates; the new, mapped ANC areas to be published in time to have a proper consultation before they are sent in draft to the EU.

“Fianna Fáil and Fine Gael voted against this motion and Minister Creed rejected any alignment of hill and island rates.

“I have called for the Minister to use the extension of the ANC review wisely as well as not to use this exercise as an attempt to kick the review down the road.

“It is regrettable that the fact that this money will be distributed before the review has been conducted will mean that the money may not be targeted towards those most deserving."