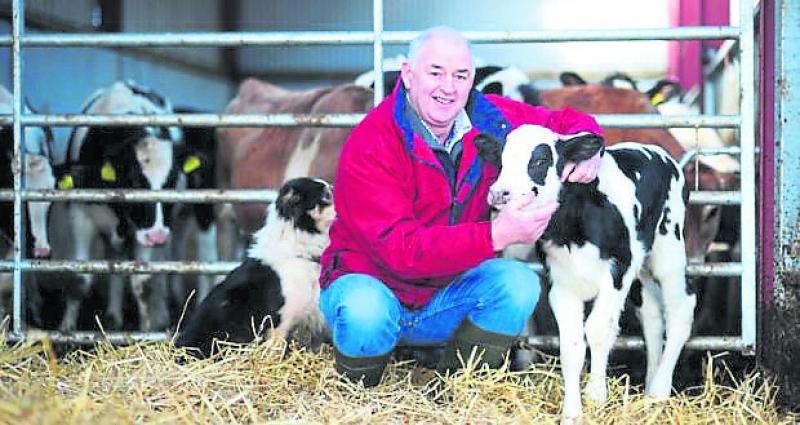 Longford and its close connection to the border counties of Leitrim, Cavan and Monaghan will feel the pain of Brexit should Britain's exit from the EU coincide with a hard border.

This is the latest information from the experts as they continue to negotiate a soft landing for Ireland when the UK leaves the EU in 2018.

Even the Minister for Agriculture, Deputy Michael Creed TD admitted last week that he does not know the challenges that this region will face when BREXIT begins in 2018.

One thing is for sure if the country is to survive any economic fallout, the retention of a trading relationship as close as possible to the current one and no restoration of an economic border on the island of Ireland is vital.

Longford farmer Mike McGann says Brexit and its impact is one of the “greatest imponderables” of our time.

He says the move was probably one of the biggest own goals the UK ever scored against itself and while it is difficult to determine, at this stage, how big the impact will be locally, one thing we can be guaranteed any impact “will be negative”.

“At this stage to quantify what will happen would just be guess work; the reality is that I don’t know, but the best thing that we can all do now is ensure that we have a strong and robust business in the lead up,” said Mr Magan a farmer in Killashee.

From an agri-food perspective, 39pc, or €4.8bn of Irish agri-food exports were set to the UK in 2016.
The UK remains the biggest single export market for agri-food here.

“Dairy farming is big in this part of the country and very strong cross border relations exist as a result,” the Killashee man told the Leader.

“We are asking ourselves now will the milk that goes up and down the road and over the border every day be subject to tariffs and taxes with BREXIT, the answer is we don’t know, but what we do know is BREXIT will have a negative impact.”

One of the issues concerning the agri-food sector is the complication of what new arrangements may be put in place for Irish companies using the UK as a land bridge to access the EU market for Irish product.

Mike Magan says that Ireland exports 90,000 tonnes of cheddar cheese to the UK market every year and if that were to be tariffed, then a huge problem would develop.

“When you look at cattle, sheep and pigs and all the traffic in relation to that going up and down as well as all the ordinary everyday farming activity there is certainly a lot to be concerned about,” he added.

The other worry is CAP and the subsidies paid out to farmers in Ireland from the EU’s agricultural budget.

The contribution that the UK makes to CAP will have to be found elsewhere and this says Mr Magan may have to come from the other countries within the EU.

If the money is not found, he adds then payments to farmers will decrease and this in turn will have a detrimental effect on the local economy.

“To be honest, I can’t see other counties making up the contributions, so we may well have to face facts that CAP will be reduced,” he continued.

“Say, for example, if it was reduced by 20% then that would have a huge impact on the Irish economy; luckily the majority of small farmers here in Co Longford and indeed throughout this region are part time farmers and this means they are not solely dependent on farm subsidies.

“But the reality is the country would be damaged economically as a direct result.

“While the relationship between Ireland and the UK is strong, if the Pound keeps dropping against the Euro, people in the UK will stop coming to Ireland and that too will have a very negative impact on the economy.

“All we can do is prepare ourselves now for the impact.”