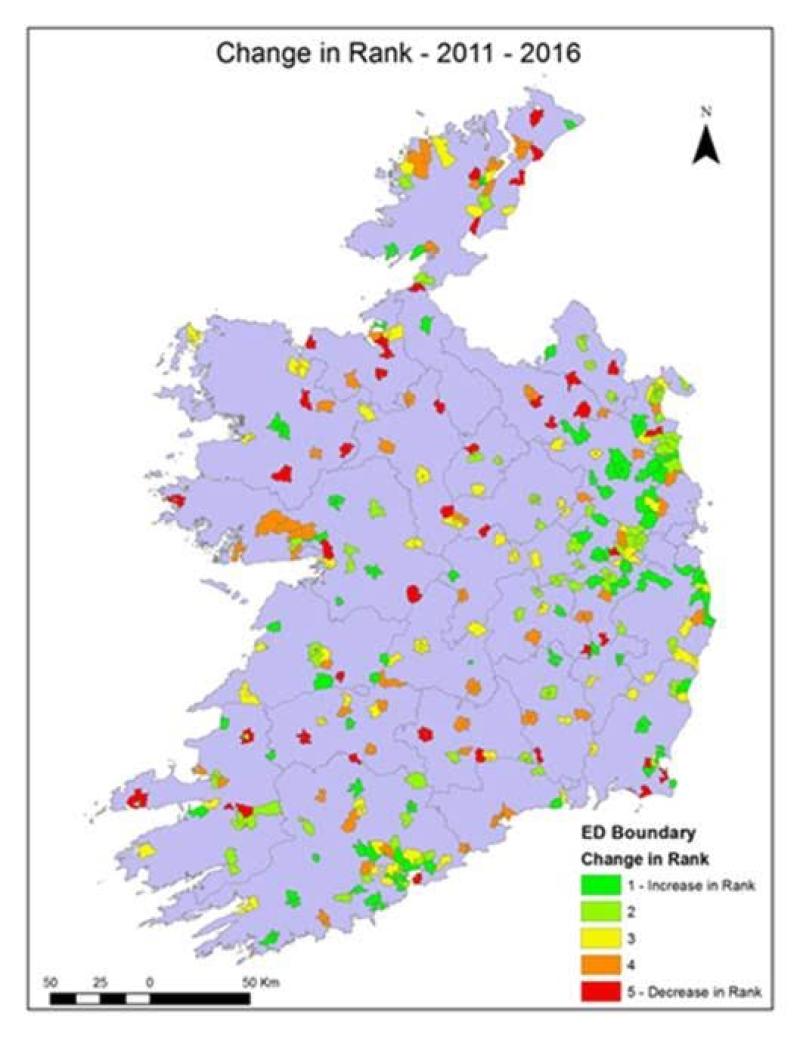 Researchers at NUI Galway and Teagasc have undertaken a research study using 2016 Census data to understand the differential Urban-Rural Impact of the economic recovery.

A paper based on this study was presented at a seminar hosted by Teagasc entitled ‘Rural Viability: Challenges and Opportunities’ recently.

The report highlights that although the economy has been in recovery for over five years since 2012, the impact has not been consistent across the country.

Professor Cathal O’Donoghue of NUI Galway reported a long term trend of population share decline in rural areas from 36% in 1996 to 30% in 2016.

Rural towns have increased their share from 26% to 34%, while the cities have declined slightly in share from 38% to 37%.

The shares have remained static since the onset of the economic recovery.

Professor O’Donoghue presented a measure of the economic strength of rural towns in terms of unemployment and migration, which shows that the best performing towns are in general around cities, with the exception of South Kerry (Killarney and Kenmare).

Conversely, the worst performing towns are further away from the cities.

According to Paul Kilgarriff of Teagasc, the spatial distribution of the economic strength of towns in 2016 shows a band of the weakest towns in an arc from the South East across the Midlands to the West, North-West and Border regions.

The change between 2011 and 2016 is illustrated spatially in the report which shows that the worsening towns are in the North/West and midlands.

While the research paints a stark picture in relation to the challenges for rural areas, opportunities for diversification and small-business start-ups in rural areas were presented by Dr Mary Ryan, Programme Coordinator for Rural Development in Teagasc.

Dr Ryan highlighted some of the opportunities supported by Teagasc, LEADER and Local Enterprise Offices as part of the Teagasc Options programme, which provides information to farm families and rural dwellers in relation to on and off-farm diversification opportunities, training and up-skilling for employment opportunities and improving farm and household financial management.

An analysis of over 1,000 participants in the Teagasc Options programme presented by Dr Ryan revealed that the areas where participants see most potential include tourism (accommodation and activity tourism), artisan food, business start-ups, organics and improving financial management skills.

Other key findings from the study include the fact that while there was net large migration from cities into towns in the period before 2011, during the recovery phase from 2011, we have seen migration into Cork and Dublin Cities, the first population growth in most cities for over a decade; Waterford city has the highest unemployment rate, followed by large rural towns; within rural areas, there is a marked difference between the most remote rural areas and those closer to cities. These are still lower than the unemployment rate observed in towns, reflecting the fact that many unemployed in rural areas migrate, particularly in more remote areas; since 2012, employment growth has been localised in Dublin which has seen 16% growth in employment and surrounding regions (Midlands 19.3%; South-East 18.2%). The lowest growth occurred in the Mid-West (9.3%), West (10.4%) and the South West (7%).

In the border region, economic activity is 32% lower than at the previous peak.

In terms of household income per capita, Dublin had improved the most by 2014, increasing by 6% relative to 2011. The next highest improvement was 3.9% in the South East. In both the West and the Border area, average disposable incomes were lower in 2014 than in 2011.   This divergence between Dublin and the rest of the country has accelerated during the economic recovery as Dublin bounced back sooner, due to agglomeration effects and the locations of some of the fastest growing sectors in the multi-national tech sector and tourism.

This is more extreme than the equivalent map in 2011, where there was a smaller difference between East and West and between areas close to cities and more remote areas.

Commuting towns around Galway such as Barna, Clarinbridge and Oranmore have fallen out of the top 10% of towns in relation to economic strength, while Gort has increased its rank dramatically.

The full report is available at https://www.teagasc.ie/media/website/publications/2017/The-Local-Impact-of-the-Economic-Recovery.pdf