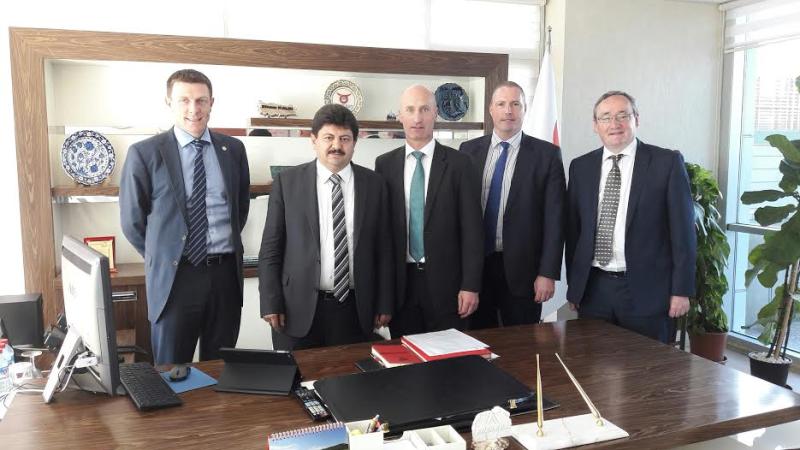 Speaking from Ankara, IFA National Livestock Chairman Angus Woods said that from the positive discussions with the Turkish Meat and Milk Board (ESK) it was clear Turkey had an import requirement for 500,000 head of live cattle each year.

“Based on the discussion we had, Ireland could supply up to 100,000 head of this requirement on an annual basis,” he added, before pointing out that both parties met with the Director General of ESK, Ethem Kalin and Director General Salih Turgay Isik of the Department of Agriculture.

“There are a number of consignments currently being assembled for Turkey by Irish exporters, with further shipments anticipated over the coming months and to date this year, almost 17,000 Irish cattle have been exported to the Turkish market.

Mr Woods went on to say that the Turkish authorities recognised the high quality of Irish livestock and praised the shipments they had received from Ireland.

“We discussed how we can increase supplies from Ireland by matching our seasonal production with the Turkish specification requirements,” he continued, before pointing out that the various issues around weight, age and quarantine requirements were also explored.

“The delegation discussed all aspects of animal welfare with the official veterinarians in the Department of Agriculture and it is clear that this is a very important issue for the Turkish authorities.”

Meanwhile, Joe Burke, Livestock Manager with Bord Bia made a presentation to the Turkish authorities on the beef and livestock sector in Ireland.

He emphasised the high quality of the progeny from the Irish suckler beef herd and the work at farm level to further improve genetics.

Turkey has also become a key market for exports of Irish beef genetics, taking an estimated 400,000 AI straws from Ireland this year.