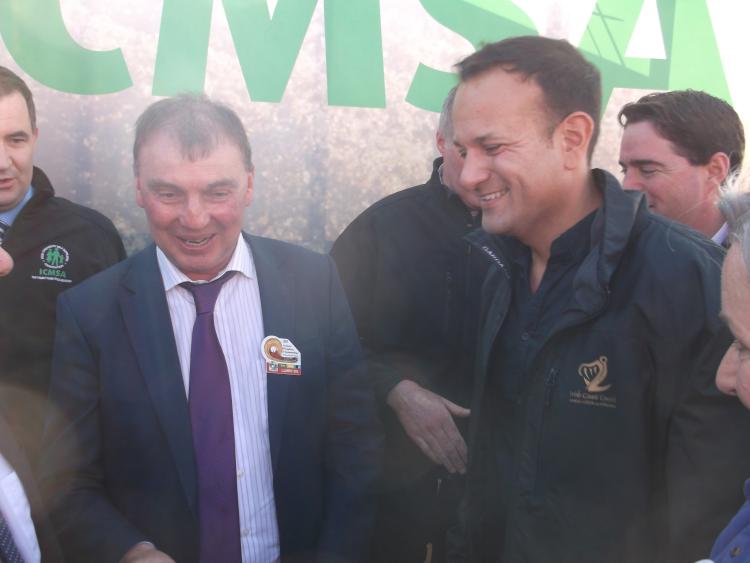 President of ICMSA John Comer has drawn attention to the announcement by the Nestle corporation that it intends working to a profit margin of 17.5 to 18.5 per cent by 2020 and said that it could not be more clear as to who will be expected to ‘cough up’ to enable Nestle meet this very significant profit margin.

John Comer said reports that Nestle had decided to ‘set’ a margin under pressure from investment fund shareholders while at the same time giving no indication of hiking retail prices in this era of low inflation meant that there was only one option for them to achieve this kind of generous double-digit profit margin and that was a relentless attack on the margins of those supplying raw ingredients into Nestle for processing.

Check out all the news on Longford Leader Farming section here

“What Nestle is announcing here is that it will be aiming to dictate and cut margins backwards to the primary producers while maintaining or increasing margin achieved through final retail price. Nestle is telling anyone who’s interested that it’s going to  ‘jack-up’ its profit margins at the expense of those producing the milk, the grains and all the other raw materials provided by family farms.

"Sustainability is the buzz word being used by the large global food corporations but the simple question that needs to be asked is how sustainability can possibly be achieved based on policies like those adopted by Nestle which are overtly aimed at the already dwindling margins available to farm families.  That an already powerful and rich corporation can feel so untouchable and beyond any appeals to fairness is revealing and shows how little – if any – trepidation these corporations feel about making their own market and dictating margins both forwards and backwards.

"If the EU Commission still had any doubts about the need for action on regulation of margins in the supply-chain, then this announcement must act as yet another wake-up call.  ICMSA and Irish farmers generally sincerely hope the Commission’s consultation process on how to make margins within the food-supply chain fairer will make a careful note of this Nestle announcement and the very direct implications it has for the farmers and primary producers who Nestle expect to subsidise their new profit margin.

“It is not acceptable to see massive corporations and investment funds announcing in this casual way that they’re going to grab the margin of the farmers producing the food without a single voice being raised at EU level to object. The Commission’s consultation process ends on November 17 and we urge everyone with any sense of fairness to lodge their arguments online and signal to all the parties involved that this kind of corporate power is to be rejected and must be brought to an end."

Concluding, Mr Comer said that Nestle should spell out in a transparent way how it intends to achieve these margins and who will pay the cost. They should also explain how this fits any coherent model of sustainability.