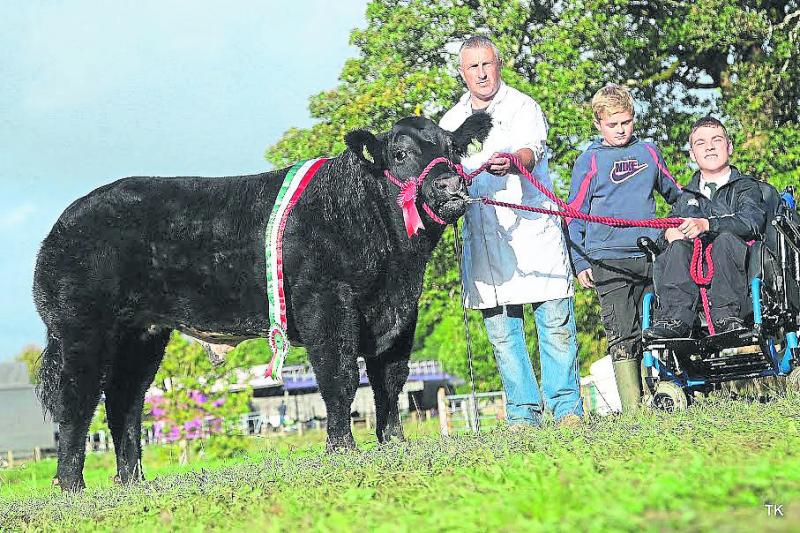 James, Jamie & Jason Teague, Ballymahon with their All- Ireland Bullock Champion at Strokestown Show. The Teague's had a successful day as they also had the Reserve All-Ireland Beef Heifer Champion

IFA has called on all farmers to join its efforts to push for pension equality for women.

IFA Farm Family & Social Affairs Chairperson, Maura Canning said that since changes to the yearly average contribution categories were introduced in 2012, the pension gap between women and men had widened.

“It is completely unacceptable that women are being discriminated against for taking time out from paid work to care for children and family members, particularly when in some instances they were forced to give up work under the marriage bar”, said Ms Canning.

“It is very saddening to meet women farmers who have worked all their life on the farm, caring for their children and older relatives, and who are now facing their old age in poverty because the State still fails to recognise their work as unpaid carers.”

She said the IFA had been lobbying in recent years for changes in the pension system to remove discrimination against women farmers, and the organisation is delighted to lend its support to the campaign by the National Women’s Council of Ireland (NWCI) for Pension Equality for Women.