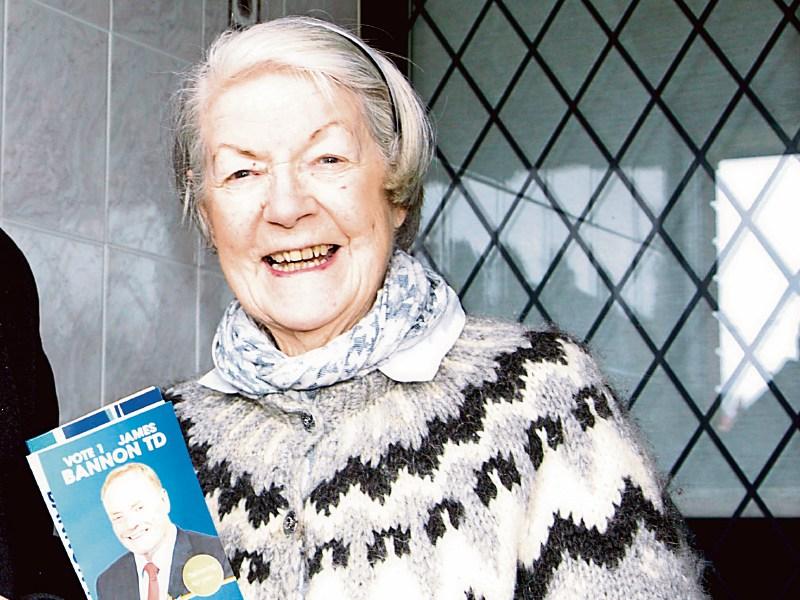 A special commemorative evening, marking the visit of Michael Collins to Leitrim, will take place on Friday March 3 in the Bush Hotel, Carrick-on-Shannon.

The event which kicks off at 8pm features a number of guest speakers including Granard’s Margot Geraty who is the niece of Kitty Kiernan.

The event will entre on the visit of Collins to Drumlion, Carrick-on-Shannon and the surrounding areas, 100 years ago.

“It was a time in history of political revolution, marked by the election of Count Plunkett in the North Roscommon bye-election in the ‘Election of the Snows’ in February 1917, followed later that year by the election of Joe McGuinness, in the Longford bye-election,” Darragh Kelly told the Leader, before pointing out that the lecture was organised by members of the Michael Collins Carrick-on-Shannon branch of Fine Gael, with the support of the Collins 22 Society and will be chaired by former Deputy, Senator and member of Leitrim County Council, Gerry Reynolds.

Speakers on the night will include Mohill native Padraig McGarty, Senior Lecturer at the Institute of Technology Tralee.

Mr McGarty’s paper will focus on the rise of Sinn Fein in counties, Longford, Leitrim and Roscommon in 1917, and on Collins's  involvement in these developments.

Another of the keynote speaker on the night is Margot Gearty.

Ms Gearty, who has contributed to a historical compilation of the history of that time, edited by Historian Dermot Keogh of UCC, will deliver an address on the childhood stories of Collins, which she heard growing up.

A prominent member of Longford ICA and many other community organisations, the Granard native will address the social and historical conditions of the time during which Michael Collins visited Longford and Leitrim.

“Gerry O’Connell, one of the founders of the Collins 22 Society, will also address the meeting,” added Mr Kelly before pointing out that on the night Joe Dolan, President of the Irish Hotels Federation and proprietor of the Bush Hotel in Carrick-on-Shannon will open the ‘Michael Collins suite’ for viewing by the public.

This is the room in which Collins stayed during his visit to the region in 1917.

“Grand-daughter of Peter Cryan, Leitrim village - Ava Brogan from Carrick on Shannon will play the harp at various stages during proceedings with pieces from the Macalla 1916 suite, composed by Michael Rooney.

“Performer Jim Roche, who has previously spoken at the Commemoration in Glasnevin Cemetery, will also deliver a Michael Collins oration in full military dress.”

Tickets for the event cost €10  and are available from The Magnet, c/o Cllr. Finola Armstrong McGuire; Kiernan’s Total Health Solution Pharmacies, Mohill and Mulvey’s House of Gifts all of which are located at Main Street, Carrick-on-Shannon.  Tickets also available on the night.