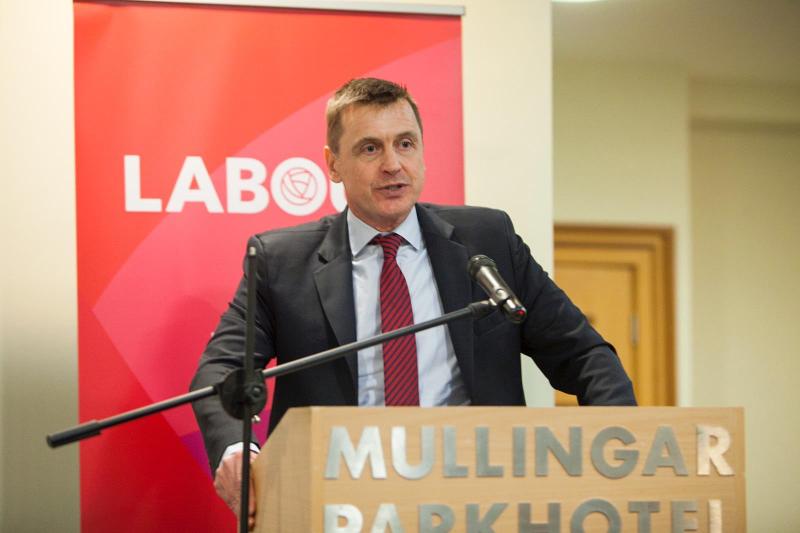 The Labour Party candidate for the European Elections in the Midlands North West constituency, Dominic Hannigan, has slammed RTÉ’s decision to exclude him from this weekend’s ‘The Week in Politics’ debate, which will air on Sunday, April 28.

The debate will feature five candidates in total from the Midlands-North-West constituency, with representatives included from Fine Gael, Fianna Fáil and Sinn Féin, alongside two Independents.

Commenting Mr. Hannigan said: “It is not on that our national public service broadcaster is refusing to include a candidate from the fourth-largest party in the State in its debate line-up.

“Midlands-North-West is a four-seat constituency.  Having a TV panel of only five candidates for a four seater is tantamount to RTÉ declaring who they think the winning candidates will be in the race, which is totally inappropriate for an ongoing electoral contest.

Mr Hannigan criticised the decision to include Peter Casey in the debates, accusing RTÉ of prioritising ratings over democratic values.

“By choosing to include Peter Casey on its debate line-up, RTÉ is clearly prioritising entertainment ratings over public-service democratic debate.  Given Mr. Casey’s track record of generating outrageous, attention-seeking headlines it appears RTÉ’s primary motivation is ratings rather than facilitating a meaningful debate on the challenges facing the Midlands-North-West constituency.” he said.

“Peter Casey has never won an election and currently holds no electoral mandate.  Before autumn 2018, his only foray into politics resulted in just 13 votes in a Seanad election.  Now, RTÉ is taking Mr. Casey’s vote in the Presidential election into account in providing him a platform.  But neither Fine Gael nor Fianna Fáil contested the Presidential election, so using that result as a barometer of support in the constituency is perverse, illogical and unfair.

“I believe the people of the Midlands-North-West constituency need to hear from all viable candidates in this election, so they can make an informed judgement on polling day.  RTÉ’s decision undermines that important democratic goal and goes against the principles of public service broadcasting.”