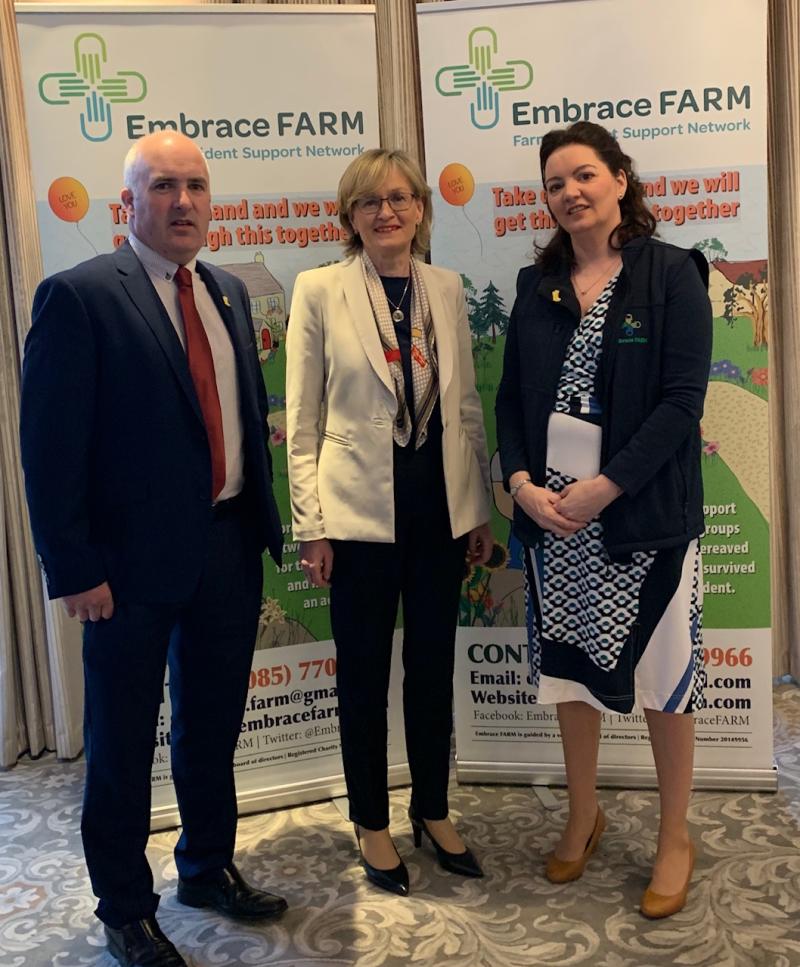 There is a need to “break the silence” on mental health issues affecting the farming community and the lead given by some farmers is welcome, necessary and brave, Mairead McGuinness MEP and first Vice-President of the European Parliament said today, April 25.

Delivering the opening address at the Embrace FARM’s Resilient Farmer conference in the Killeshin Hotel, Portlaoise, the MEP said the text book image of the strong farmer battling all weathers and all tasks is not a reflection of the realities of a farmers experience.

“We know farming is a dangerous occupation from the high level of accidents on farms that result in death and injury. But farms are also lonely places where increasingly farmers work alone and neighbours work off farm,” she said.

This, McGuinness MEP warned, can have an impact on health, both physical and mental.

“The focus on safety and the need to tackle the level of fatalities and serious injuries on farms needs to show results - thus far this is not the case.

“While we can count fatalities, we do not count pressures on farmers’ mental health and well-being but we know from experience that this is an issue.

“The idyllic image of family farmers glosses over the significant challenges for both farm and family,” McGuinness added.

The European Parliament candidate for 2019 said like in all families there are challenges for the family farm, “including economic survival, compliance with standards and regulations, isolation and fears for the future - the future of the family farm itself.

“Perhaps there is also pressure on passing the farm on and sadness and a hurt when a child decides not to take on the family farm.”

She said Brexit has added to pressures, “The uncertainty it has created and the constant fear about its impact on the farming and food sector is testing farmers resilience.

“Sometimes it’s the accumulation of issues - tiredness after lambing or calving, leading to inability to sleep coupled with fears for the future - together these can push people over the edge,” she said.

The MEP also said climate shaming of farmers is adding to pressures on farms and not helping advance this important issue. She warned that rapid expansion in the dairy sector also brings its own inevitable pressures. McGuinness listed labour shortages as a "very real" issue and says dairy farmers cannot cope with large numbers of cows calving alone.

She also cautioned against the tensions between farmers in different sectors and regions which could drive a once united community apart. McGuinness MEP then urged farmers to take better care of both their mental and physical health and not let fear or pride prevent them seeking help when pressures mount.

She highlighted Teagasc’s publication Coping with the Pressures of Farming which emphasised that staying well mentally is just as important as staying well physically. McGuinness asked that family and neighbours watch out for symptoms of persistent stress and support those affected.

She also complimented and thanked Norma and Brian Rohan of Embrace Farm for their foresight in organising the conference and bringing together people with different and difficult experiences to highlight the vulnerabilities of farmers and the need to help build resilience and provide supports.