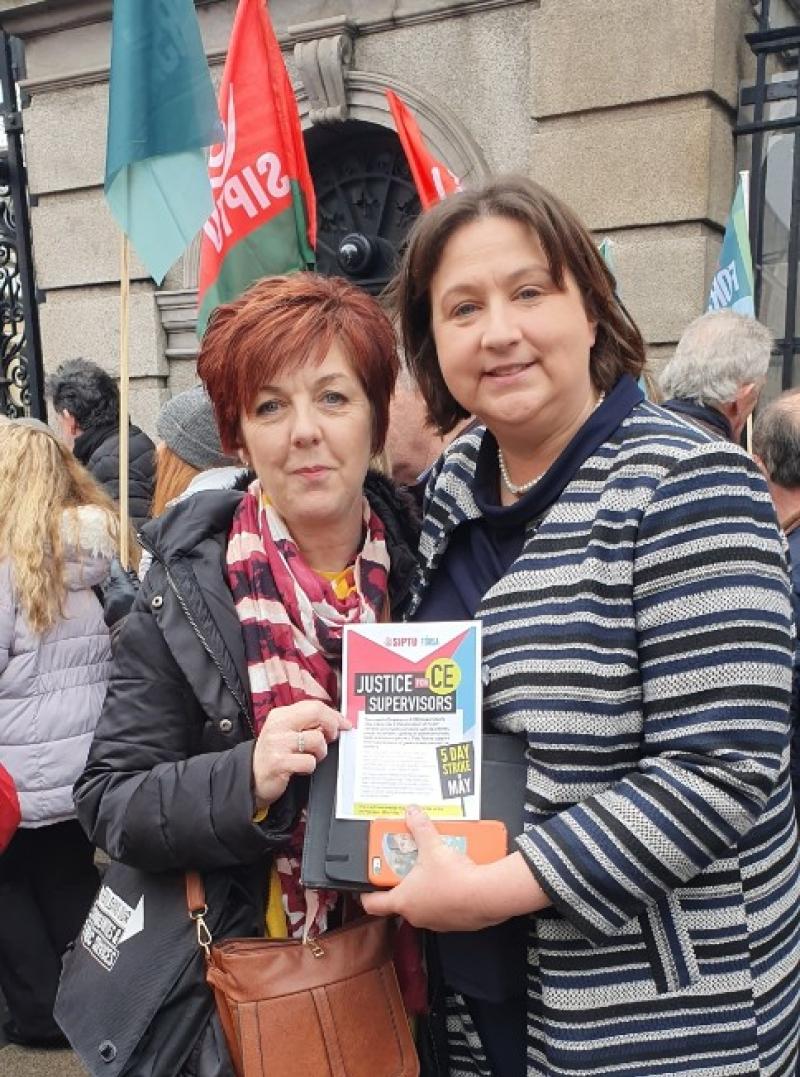 Fianna Fáil TD for Galway East and Midlands-North-West European Parliament candidate Anne Rabbitte has called on the government to listen to the demands of the many Community Employment Scheme Supervisors who protested outside Leinster House this week to highlight their lack of pension entitlements.

Deputy Rabbitte commented, “I was keen to stand by so many CE Supervisors today outside Leinster House to show my support to their cause.

“CE supervisors and assistant supervisors have become deeply disillusioned with this government over the past number of years as their calls for an occupational pension have been ignored.  Regina Doherty and her Ministerial colleagues appear oblivious to the importance of these roles in communities the length and breadth of this country.

She said the vital role these supervisors play in local communities was clearly evident throughout the west.

“Having travelled across the western region it is evident to me just how important our CE Supervisors are. They play a vital role in our communities.

“They have previously engaged in industrial action and this week march in protest. I am calling on the Minister for Employment Affairs and Social Protection and the Minister for Finance to engage with the unions and to begin a process whereby the Labour Court recommendations can be fulfilled,” concluded Deputy Rabbitte.