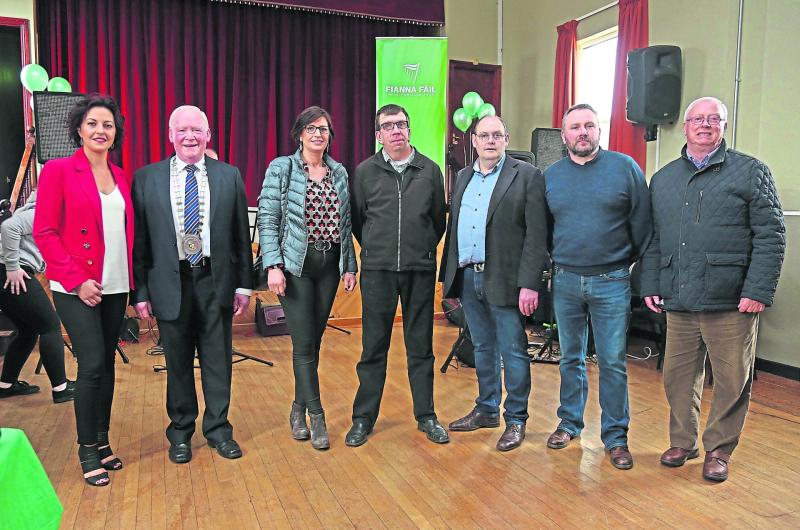 Fostering and enhancing community life across all corners of north Longford are the manifesto bywords Fianna Fáil's Joe Murphy hopes will ultimately secure him a seat at next month's local elections.

The father of four was in upbeat mood as party members, friends and supporters gathered at Dromard's Latin School Community Centre for his official election launch.

“Community being the key word, this venue is at the heart of our community,” he said in relation to the choice of venue for the rollout of his campaign.

In addressing onlookers, he talked about his plans for the future of the Granard local electoral area, focusing largely on community groups being able to access funding for projects.

“That's especially true of tourism because in the Granard area we have so much to offer with the lakes, beautiful views and the unspoilt natural environment,” he said.

He homed in on the idea of keeping people living and working in the area, referencing the idea of people working from home or from Digital hubs with proper broadband connection being essential for such projects.

Mr Murphy also illustrated the need for the family farm to be front and centre of most decisions affecting the agriculture industry because it is these farms and families, he stressed, which need to be kept viable in areas like north Longford.