FF will ensure pensioners will not lose out – Murphy 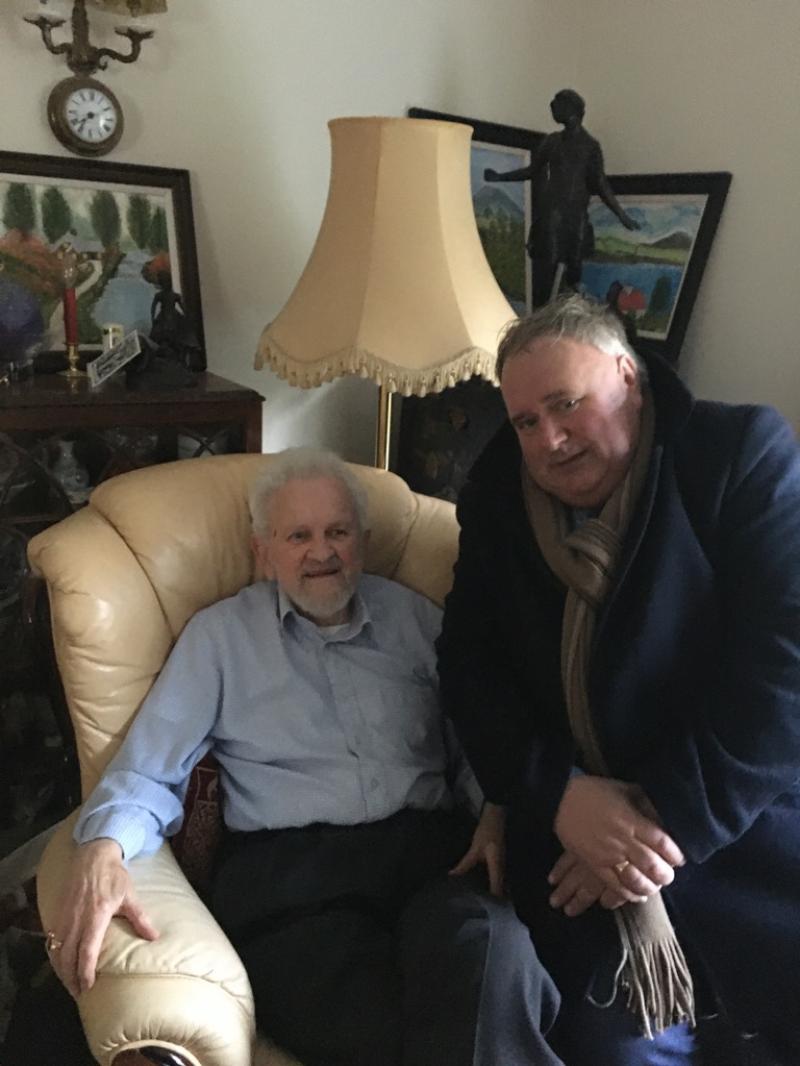 Seeing Double...Deputy Eugene Murphy was delighted to catch up with Eugene Boland from Rooskey, who is in his 90th year and hale and hearty while on the canvass over the weekend

Fianna Fáil TD for Roscommon/Galway Eugene Murphy says pensioners will not lose out under proposals being put forward by his party.

“At 65 Fianna Fáil will ensure that you will get a State Pension (transition). It will be paid at the same rate of the State Pension. It will not be means tested and will be based on having sufficient PRSI contributions. We will not increase the State pension to 67. Under Fine Gael's proposals those who are 65 will only get a payment of €203 a week, which is €45 less than what we are proposing,” said Deputy Murphy.

“Fianna Fáil recognises that the increase in the State Pension age has caused a considerable degree of stress and financial hardship for older people and we will immediately act on this if elected to government.

“Under our proposals, people aged 65 will receive a State Pension (transition) which will be paid at the same rate as the State pension of €248 per week. This payment will not be means-tested but entitlement will be based on an individual’s employment record. In contrast Fine Gael will only pay those who are 65 a payment of €203 a week, which will result in an annual loss of €2,340 for this age group.

“Furthermore, Fianna Fáil will defer the increase in the State pension age which is due to increase to 67 in 2021 and we will set up a Commissions on Pensions to examine this issue.

“Fianna Fáil has a strong record on supporting older people. I want to be very clear on this – if given the opportunity to be in government, those aged 65 and over will not be financially disadvantaged under our proposals. Fianna Fáil is committed to comprehensively addressing this issue and ensuring that fairness is at the heart of the pension system,” concluded Deputy Murphy.