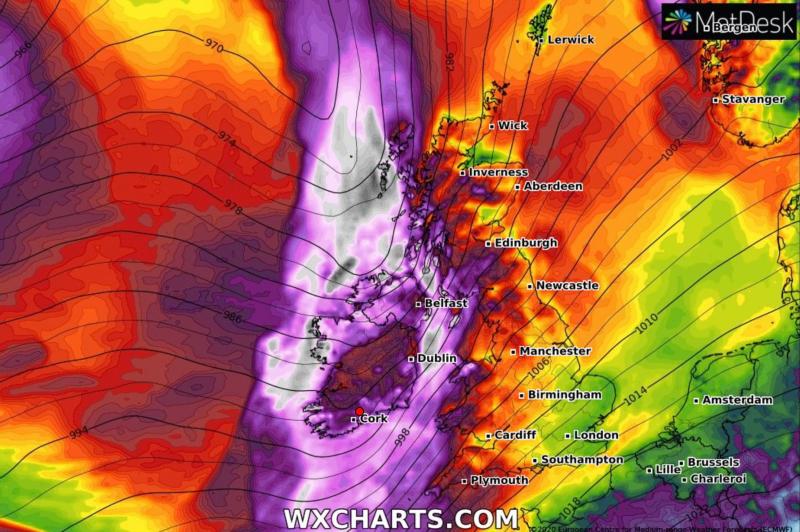 A forecaster has warned that voting in the general election on Saturday could be affected by an approaching storm.

Some severe weather could be on the cards this weekend - and it could have an impact on turnout in the general election with polling taking place on Saturday.

Damaging winds and stormy seas could be the order of the day.

'Storm Ciara' appears to be on the way and it is being watched with interest by meteorologists.

According to the Weather Alerts Ireland social media group, the first systems could push in on Saturday and could bring winds in excess of 120km/h to the west and north of Ireland.

Sunday could see an even stronger system hitting with winds reaching up to 130km/h inland with over 140km/h in parts of coastal counties.

And after Storm Ciaran, Storm Dennis is said to be next.

At lunchtime today, Met Eireann had yet to issue any advance warnings. It says that the trend for the following few days is for "very unsettled weather to develop."

It noted: "At the moment, Saturday will start mostly dry with sunny spells but is likely to turn wet and windy or even very windy from the Atlantic during the day."

It continued that it will stay unsettled for the rest of the weekend and into early next week with heavy rain or showers along with strong winds occurring and "possibly turning stormy."

The next few days will see just if 'Storm Ciara" really does materialise.

In Scotland, a yellow weather warning for the weekend was issued earlier today, with the path of 'Storm Ciara' being charted.

Image shown is by wxcharts.com based on the ECMWF model, and shown by Weather Alerts Ireland.