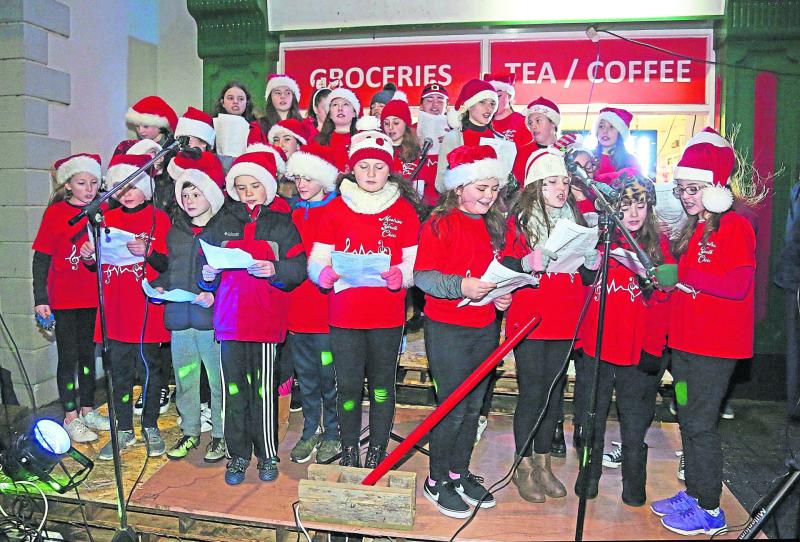 Carol singers performing at the switching on of the Edgeworthstown Christmas Lights in 2018 Picture: Shelley Corcoran

It's probably fair to suggest this Christmas is being looked forward to with more optimism than most festive celebrations in Edgeworthstown.

Moves to introduce a new business hub, a €2.4m state of the art new library together with a broader regeneration of the town has put an added spring in the step of locals ahead of the holiday season.

Add in the green light which was afforded to local filling station Kane's to carry out a large scale redevelopment of its premises and it's no wonder why this Christmas is one which being viewed with more buoyancy than previous years.

“There is a bit of a buzz about the place, there's no doubt about that,” said Gerry Lynn, chairperson of Edgeworthstown Traders Association.

“It's a bit of a change from other years when we were fighting for this kind of stuff.”

Gerry said the annual turning of the Christmas lights this Sunday (December 1) at 6pm is an event which is always well supported.

“There's a good bit of excitement for it and there should be a good crowd out, which is always nice to see.”

Christmas aside, there is plenty for the local community to look forward to in the days before attention turns to the New Year celebrations.

A novel Late Late Show event is one such event which is already pencilled in between now and then with proceeds set to go to local charities.