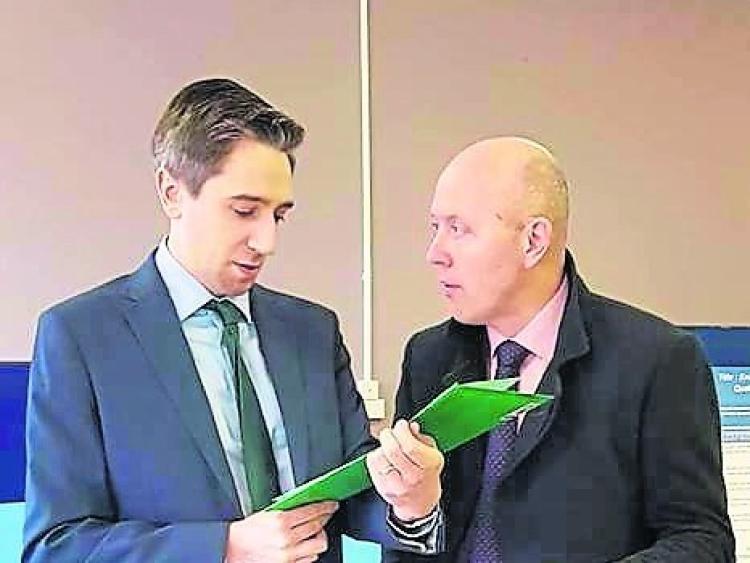 The ongoing rejuvenation of Edgeworthstown could be set for another timely shot in the arm, it emerged on Monday.

The main thrust of those discussions were geared towards furthering plans to kickstart moves for the provision of a new primary care health centre for the town.

Cllr Ross attempted to hammer home those desires in person by handing a detailed outline of the proposed new facility.

“I met with Minister Simon Harris today on his visit to Longford and presented him with a memorandum on a new primary care center which I am seeking for Edgeworthstown,” he said afterwards.

“This project will be part of the overall regeneration plan for Edgeworthstown and Minister Harris told me he would do his best to ensure this project moves as quickly as possible through his office and he hopes to have an announcement on this in the coming months.”