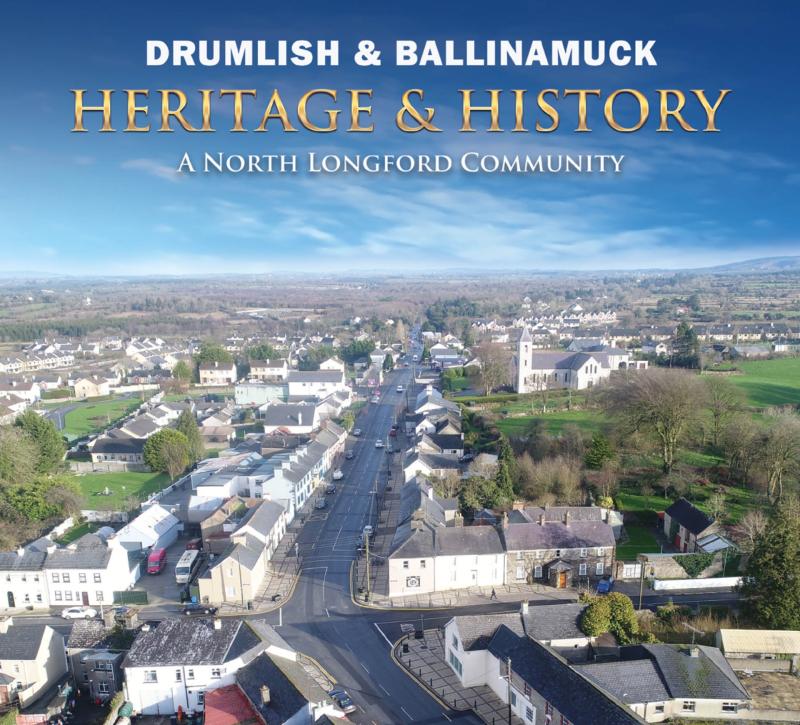 Sean himself lived in Drumlish as a child and later attended the old Gaigue school, immortalised by Mick Flavin. He approached people he thought might be interested in compiling a history of Drumlish/Ballinamuck and offered to do research, though nothing ever came of it at the time.

As a result of a lecture carried out by Sean in 2016, the history book dream became a reality and Annette Kane soon assembled a team of eight people, all with ties to the area, to work on individual aspects of the history book for the next two and a half years. Further essays were contributed by local volunteers, with the work of text, format and layout all coordinated by Sean, who has 45 years of experience editing text and was a member of the eight-person team which carried out one of the major editing projects in Irish legislative history, the compilation of the 1100-page Taxes Act, 1997.

Not only the writers contributed, but also members of the Drumlish/Ballinamuck diaspora, making it a widespread local effort. The book is said to recount, from an insider point of view, the long history of a basically rural area, and the lives and memories of its people.

The book will be officially launched in Drumlish Community Centre, on Thursday May 2 at 7.30 p.m. Copies will be on sale at €30 (hard cover) and €25 (paperback).