PHOTO: Drumlish woman trying to identify strange 'creature' in her back garden 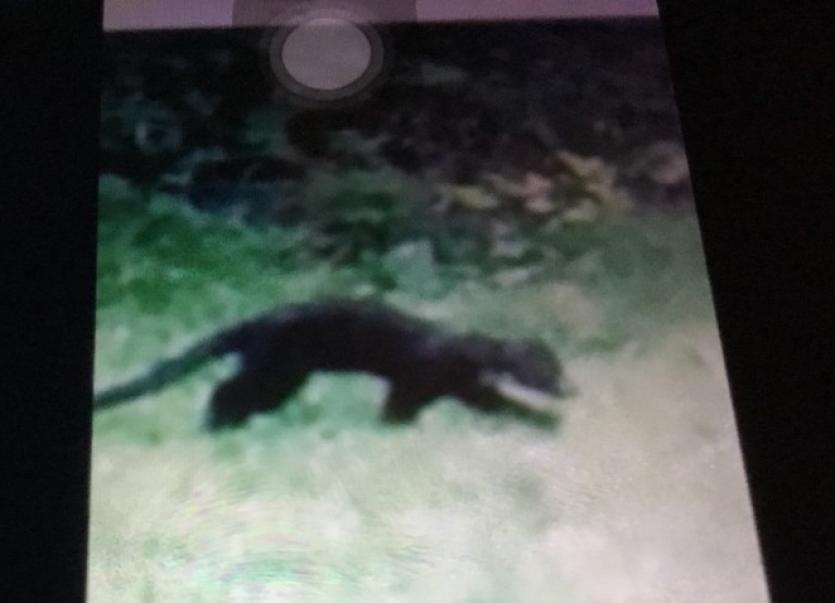 A Drumlish woman is "frightened to leave [her] windows and doors open" after a strange animal was spotted in her back garden on Sunday morning.

The animal, she says, looks a little bit like a pine marten or a mink, but also looks like a mongoose.

"It's very big with very long legs and it was just sitting on the patio next door glaring in the window," said Veronica Fowley, who sent the above photograph to the Longford Leader this morning.

Veronica lives in The Meadows, Drumlish and is anxious that the animal will be a danger to the local school, which is separated from her garden by a hedge.

"Quite a few cats have been injured or gone missing," said Veronica, who is worried for the local children and small animals in the area.

"We just want to know if it's dangerous. A few cats have been found with broken backs and I reckon it was this boyo. He's like a bear. There's only a hedge separating my house from the school and if it's hungry enough, you don't know what it would do."