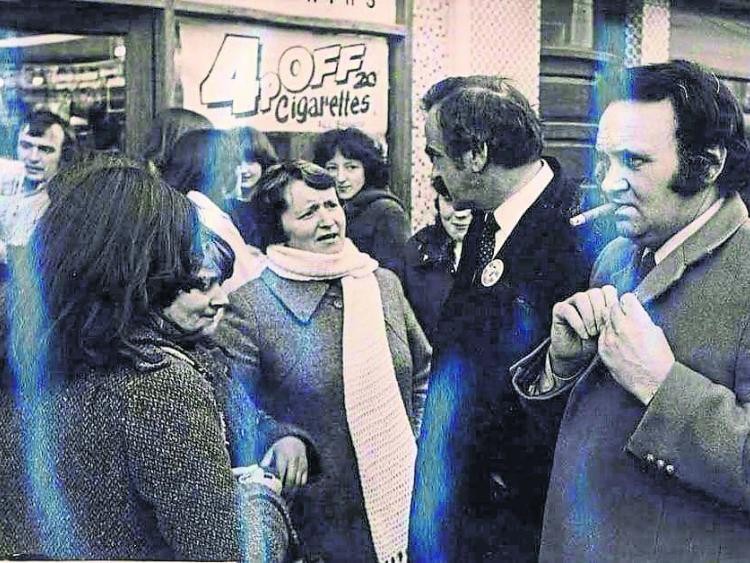 The chapter in one of Longford's most illustrious entrepreneurial careers came to a close at the weekend with the death in South Africa of celebrated businessman, Noel Hanlon.

Born in Longford town where his family ran a successful garage business, he along with Albert Reynolds and Dermot Hegarty helped put Longford firmly on the map in the 1970-80s.

ALSO READ: Entrepreneur Noel Hanlon remembered as 'one of the great men of Longford'

He moved to South Africa a number of years ago but retained very close ties with Longford and waas home on holidays this summer. He met up with many friends and explained that he was ill and was unlikely to see them again.

The certainty and defiance with which he faced the prospect of death was typical of the manner in which he lived his life. He was defiant, fearless and single-minded but at the same time there was an underlying warmth and generosity.

He set up an ambulance manufacturing business in the 1960s which grew to employ 300 people. It supplied 60% of the British ambulance market and exported to the Middle East and Far East.

He closed the business in 1988 after clashing with trade unions over a rationalisation plan. Today the site of the factory is home to Hanlon's 24hr Gala-Applegreen filling station, which is ran by his son, Patrick.

Mr Hanlon bought a clothing factory (Manford) in Ballymahon in the 1980s and began making men’s suits and luxury overcoats before selling the business in 1986.

He was a close friend of former Taoiseach Albert Reynolds and was never far from Albert's side as he began his political journey. His loyalty to Albert was without question and he was a ferocious force come election time.

He was appointed chairman of a number of State companies and always declined payments for these roles.

Away from business Noel was a devoted father and one of their great passions was showjumping where young Patrick in particular proved himself an exceptional talent and won the national championship in the RDS on one occasion.

This week, Cllr Joe Flaherty, a close friend of the Hanlon family, paid tribute to the late Noel Hanlon and said: “He was one of a kind and he achieved things that simply would not be possible today. He pioneered two successful manufacturing businesses and the ambulance factory was a huge catalyst for good in the town and its demise still resonates to this day.”

Cllr Flaherty went on to say that it was heartening to see the outpouring of affection for Noel on his passing at the weekend. “He was a man who never forgot Longford and even from far away South Africa was a huge supporter of local organisations and charities.”