Late Paddy Farrell was an exceptional
local representative in Longford 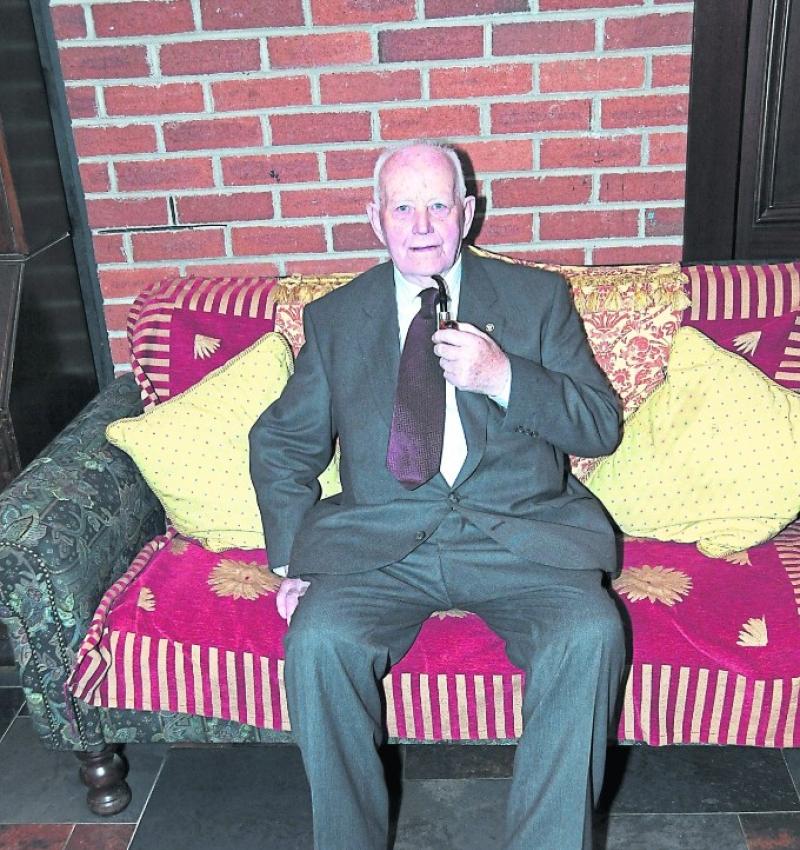 Great sadness greeted news of the death last week of Paddy Farrell in his 99th year.

The Newtowncashel man had been a Fianna Fáil Co Councillor for many years until his retirement in 1999 and he served a term as chairperson of the Council in 1988.

Many Longford generations grew up with Paddy and came to know him first through his work as a lorry driver with the creamery as he went around the county collecting the milk from the many farms for processing.

To many youngsters he was known simply as 'Paddy Cans' and they remembered him as the man with the pipe and the warmest of smiles.

Paddy was a great worker and was rarely idle and if he wasn't working for himself, he was always ready to help neighbours or friends.

He suffered a terrible blow a few years ago with the death of his beloved wife, Cissie, in a road accident, as they returned from a family wedding. It knocked a lot out of Paddy as they had been a hugely united couple.

They were both immensely proud of their family and it would have been a huge source of pride and comfort for them both to see their many grandchildren and great-grandchildren gathered to bid a fond farewell to Paddy at the weekend.

Paddy was a deeply compassionate man who strove to always secure the very best for his community.

He was an exceptional local representative and a fiercely proud Cashel man. He delighted in their Tidy Towns successes and was happiest when Cashel were winning matches.

First elected to the Co Council in the early 1970s, Paddy was highly regarded throughout his time on the Council by both the elected members from all sides and the Council executive and staff.

That esteem was reflected in the many who came to form as guard of honour as his remains were brought from Cashel Church.

A lifelong Pioneer, his only vice was smoking his pipe and in an era when you could smoke in the workplace, he and the other smokers would have filled the old courthouse, where the council met for meetings, with fumes.

Paddy lived through the Reynolds era and was a close friend and confidante of the late Albert Reynolds.

He belonged to a generation who took their values and beliefs very seriously.

All things and everything revolved around family and community and if Paddy couldn't do a good turn, he did nothing.

His remains reposed at the family home in Carrowbeg before removal to the Church of The Blessed Virgin, Newtowncashel for Funeral Mass on Saturday morning with burial afterwards in Cashel Cemetery.