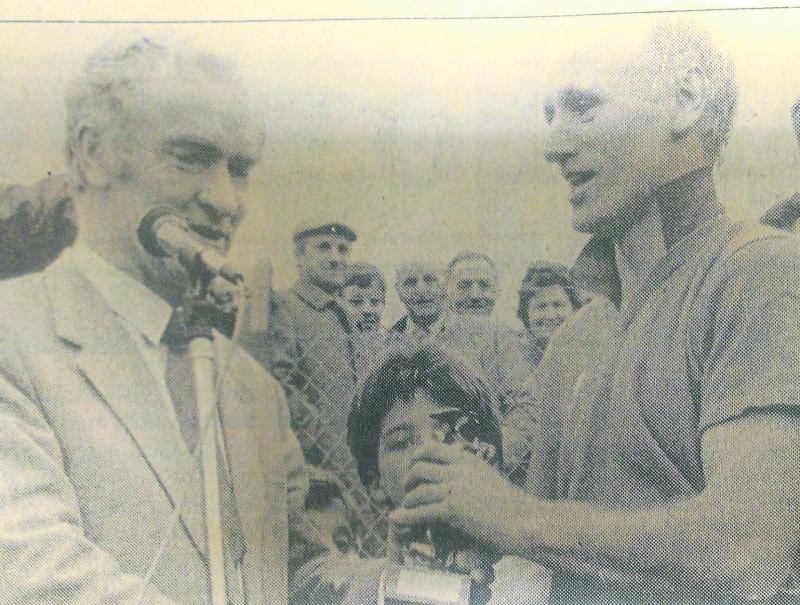 Sadness abounds in Edgeworthstown and Longford GAA circles this week as news circulates of the death of the lion hearted John Smith.

The Smith family was synonymous with the Mostrim club and John played a pivotal role in the club's success both as a player and as a manager. He also managed several other club teams, with one of his most notable successes an intermediate Final win in 2000 with Mullinalaghta.

As a player John famously formed an all Smith half back line in the Mostrim team that won its first county final in 1974. Together with his brothers, Brian and Seamus (RIP) it was one of the most revered lines of defence in Longford club football.

John won a junior championship medal in 1966. Indeed, it was the beginning of a golden era for the Edgeworthstown club and 12 months later he starred in their minor and intermediate championship winning teams.

John Smith loved his football and the camaraderie and friendship that came with the GAA. He remained a key weapon in the Mostrim armoury into the 1980s and helped them capture the Leader Cup in 1984 after a replay against Cashel. He was adamant that there was another senior title in the team and they certainly went the long way about it as they eventually edged past near rivals, Ardagh, after a marathon three match saga in 1985. Wily full back John also collected the Man of the Match accolade following that second replay.

John was an ardent community man and has the distinction of being one of the longest serving members of the fire service in Co Longford. He was the very heart of the local station and when families faced untold heartache and upset in the aftermaths of fire, they always found a reassuring and comforting presence in John Smith.

The Smiths ran their car repair business in the town and it was as good as a community centre. It was the place to go for the chat and the news and invariably the main talking point was football.

The late John Smith passed away after a long illness and deepest sympathy is extended to his wife Mary, their sons, John and Michael, daughter Maeve, and grandchildren Darragh, Aoife and Cillian; his brothers, Mickey and Brian; sisters, Kitty and Nancy; daughter-in-law, son-in-law, nieces, nephews, sisters-in-law, brothers-in-law, relatives, neighbours and friends.

His remains reposed at the family home on Wednesday, May 24 and were brought to the local St Mary’s Church for Mass of the Resurrection on Thursday, May 25 at 12 noon with burial afterwards in Aughafin Cemetery.