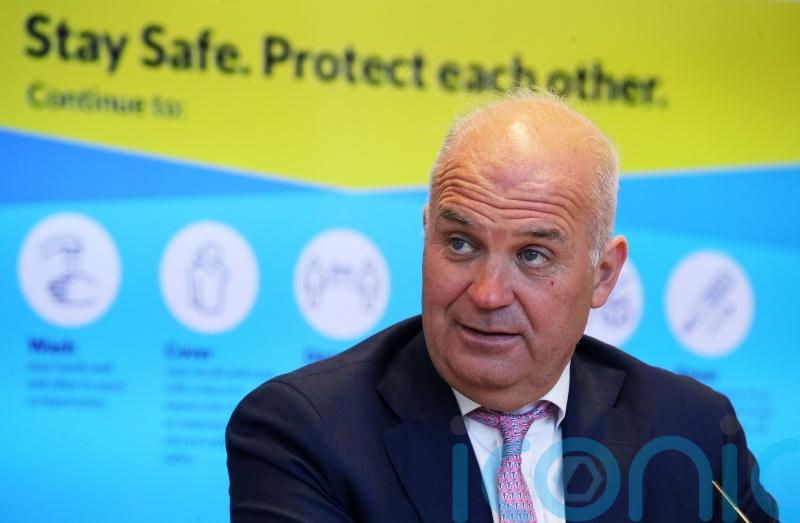 Irish health officials have warned that the level of Covid-19 infection in Ireland will remain high into the near future.

The chief medical officer also indicated on Wednesday that the exact future of the National Public Health Emergency Team (Nphet) is yet to be determined, as Ireland hopes to move beyond the worst of the Covid-19 pandemic. 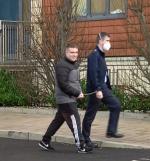 The appearance of Dr Tony Holohan, alongside other officials, at a Oireachtas health committee meeting on Wednesday came less than two weeks after the Government announced a major easing of Covid-19 restrictions.

Many politicians took the opportunity to look back retrospectively on Ireland’s handling of the pandemic, as well as probing what lessons have been learned from the last two years.

Politicians also repeatedly paid tribute to the work of Dr Holohan and his colleagues since the pandemic began.

In his opening statement, Dr Holohan said the current epidemiological situation is “broadly positive” and that the country is in a “much improved situation”.

Key indicators such as case numbers, hospital and ICU admissions and demand for testing are all reducing.

However, he also warned “the pandemic is not over”, and that other variants of concerns are likely to emerge after Omicron.

Taking questions from TDs and senators, the chief medical officer doubled down on that warning.

Dr Holohan warned that he expects a “high level of infection” to continue into the future.

He also said that health officials had noticed a “slight increase” in transmission levels among 19 to 24-year-olds.

“We will keep a close eye on that. We’re not expressing major concern about that at this point in time,” Dr Holohan said.

“You should assume you are going to encounter this virus, even if it is inadvertent,” he warned.

Responding to another question from Fine Gael TD Bernard Durkan, the chief medical officer said health officials were not “resting complacently” on the high level of vaccination in Ireland – a level that is among the highest in Europe.

Later asked by People Before Profit TD Gino Kenny what he might have done differently during the pandemic, Dr Holohan said: “We are still in the middle of something.

“We still have to be prepared for something to happen and happen quite quickly.”

“The first reports of Omicron began to emerge in the last days of the month of November and, by Christmas, we were we were in a very, very different situation in the country.

Taking questions from Sinn Fein TD David Cullinane, he indicated that the exact future of Nphet was not yet decided.

Dr Holohan said it would ultimately be a decision for the minister.

“What I can say is that we will still need advice.

“We still need advice which is multi-disciplinary in nature and which is capable of informing the decisions ultimately the Government has to take, which are difficult decisions, balanced decisions that have to in the first instance reflect public health considerations.

“We have a further meeting of the Nphet to give consideration to the ongoing need for the restrictions that are still in place as they relate to schools, as it relates to mask wearing through the regulations.”

Dr Holohan also indicated that health officials were giving thought to the future of contact tracing, testing and other parts of the infrastructure that sprung up as the pandemic emerged two years ago.

He said that further advice would be issued to Government, but indicated that in the future not everyone may receive a regular booster jab.

“It may well be that recommendations are not focused on the whole population, but people with particular vulnerabilities,” he told the committee.

In his opening statement, the chief medical officer had told politicians there will be an “ongoing need” to retain Covid-19 measures such as mask wearing, and recommended the continued use of protective measures in schools.

The policy on mask wearing for school children is set to be reviewed at the end of February.

Fianna Fail TD Cathal Crowe had asked the Nphet members if a decision could be “expedited”, describing mask wearing as still a “struggle” in primary schools

Dr Glynn said the review will be completed in February.

He said: “At the time, we made a commitment that we would review that recommendation in February with a view towards either continuing with it, or stepping it down from the time the children are back, after the mid-term break. And so we’re in the process of reviewing that evidence at the moment.”

He said a key part of the “rationale” was to give children an opportunity to get vaccinated.

One issue that also recurred at the committee was the relationship between politicians and health officials over the course of the pandemic.

Dr Holohan told Fianna Fail TD John Lahart that the relationship had been “functional” and said that on many occasions he was forced to give advice he would have preferred not to.

“We take all of those measures and responsibilities seriously. We’ve always done that to the best of our ability. And I would say when we look back in time that that relationship was functional.”

He said that in the majority of cases the Government, acting on the advice of health officials, had made “good calls” during the pandemic.

The chief medical officer also once again defended the attitude of health officials to antigen testing, which has often placed them at odds with politicians and the public.

Longford ready to take a hold of its future again

Author of The Cow Book and The Running Book, John Connell reflects on our journey through the Covid-19 pandemic and how it has impacted life in rural Ireland and our souls

Dr Holohan said that the advice from Nphet has not changed on antigen testing, which he said should not be used as a “green light”.

“Our concern is that it must be used in the right circumstances, when disease incidence is high. And then the interpretation of both the positive and negative result needs to be right and inform people’s behaviour.”

Asked by multiple politicians about long Covid, Dr Glynn said the data remains unclear what proportion of people will suffer from the condition and said it was “very debated among the scientific community”.

He said the HSE was putting into place a “model of care” for long Covid.

“We need much more research to better understand the spectrum that is long Covid,” he added.