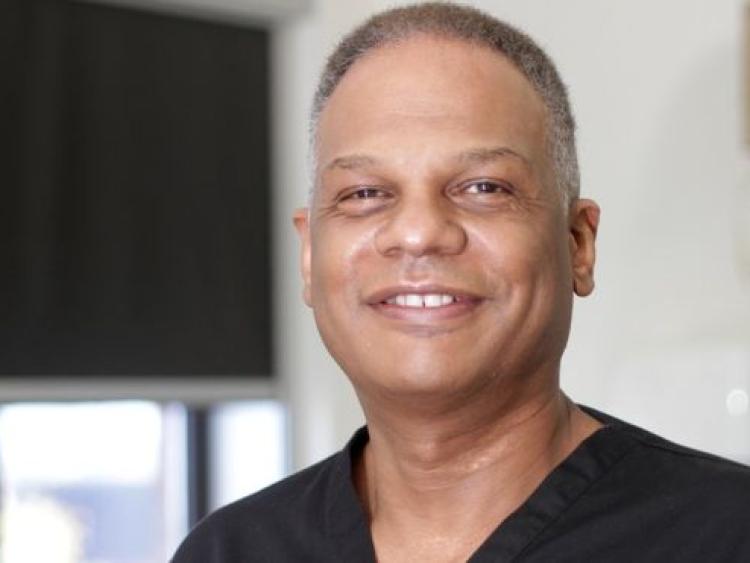 The first frontline worker to die in the UK fighting the coronavirus pandemic was married to a Carlow woman.

He will be greatly missed by his mother and brothers in the UK, his mother-in-law Nancy Foley, brothers-in-law, sisters-in-law, nieces, nephews and his many colleagues, patients and friends at University Hospital of Derby and Burton.

Amged was one of the first senior medics to die in the UK as a result of fighting the global coronavirus pandemic.

His funeral took place in Bristol on March 31.

Amged, who died at Glenfield Hospital in Leicester on March 28, was described as being "fit and healthy" before he became infected.

The 55-year-old consultant's colleagues at Queen's Hospital in Burton held a minute's silence in his honour and staff across the profession have paid tribute.

Speaking to the BBC, his brother Amal El-Hawrani said all NHS staff should be regarded as heroes.

He said he "went out fighting like the noble, strong man he was".

Mr El-Hawrani said his brother "would have been heavily exposed" to the virus.

"He worked so hard both private and NHS at many hospitals. He saw hundreds and hundreds of patients. We don't know how many patients he was exposed to," he said.

"Is he a hero? Of course, just like every doctor and every nurse and anyone working at the NHS.

"My heart goes out to anyone who has also lost someone because of this virus."

He said the "international tragedy" did not discriminate.

"It doesn't worry about religion or creed, race or colour. It affects all of us," he added.

Francis Foley, Amged's brother-in-law, told the Irish Independent that his sister was devastated.

"She is heartbroken," he said. "We are all devastated over Amged's death. You couldn't meet a kinder or more selfless man. Anyone that met him was richer for the experience.

"His passion was for his family and his work and that's what he dedicated his life to.

"He was known for his dedication to his patients everywhere and it is just so hard to believe. He is gone too soon."

Dr El Hawrani and his wife, who worked in the Indian Embassy, were married in 1996. He worked in Beaumont Hospital, in Dublin, for a time, before taking up various posts in the UK, where the couple settled. They have one son, Ashraf (18).

The funeral of the consultant ear, nose and throat (ENT) surgeon took place in Bristol on Tuesday.

"It's been very tough not being able to be there to support our sister and Ashraf," said Mr Foley. "We couldn't be there for them at a time when we all wanted to be. The whole family here in Carlow will miss Amged immensely. There are no words."