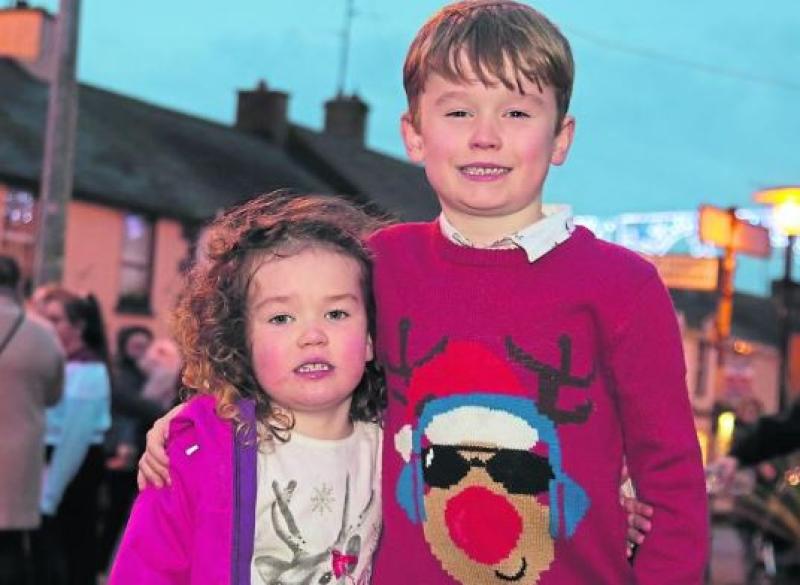 It's very often said Christmas and all that goes with it is for the younger generation among us.

And next Tuesday evening at Arva's newly redeveloped Community Hall, that point will be well and truly made as it houses St Mary's National School's annual nativity play.

Rehearsals have been in rich supply in recent weeks in advance of what is always one of the most eagerly awaited occasions on the festive calendar.

It promises to be a night full of enjoyment and festive cheer not just for parents and teachers as well as the pupils themselves, but for locals and the town as a whole.

Those celebrations come hot on the heels of the town's annual Community Carol Service which was held in the Church of Ireland yesterday (December 10).

It really has been a few weeks to savour for the town with the re-opening of the hall, the switching on off the Christmas lights and ongoing inroads made with the town's new pitch development.

The latter is certainly a regular talking point for locals and with the success of the 'Night at the OsKaRs' back in July, the level of support and drive from the community for the project has never been greater.

The release of a new, aptly dubbed 'Original CD' is another novel introduction which has been produced with a view to raising much needed funds for the development.

Featuring a whole host of local singers and artists, there are no fewer than 17 tracks for listeners to enjoy.

At just €10, it would also make a fitting Christmas present for family and friends.

The town itself is also widely viewed as being one of the busiest shopping destinations within the region in the lead up to the big day.

From first rate butchers, such as Donnelly's Family Butchers, Brady's of Arva offering the finest in cars and commercial vehicles and the Breffni Arms Hotel, there is something for everyone this festive season in Arva.

Indeed, the latter is hosting its long awaited Christmas Party Night this Saturday when the Joe Davitt Country Band will head up the entertainment while hotel staff serve up a sumptuous five course gala dinner to patrons.