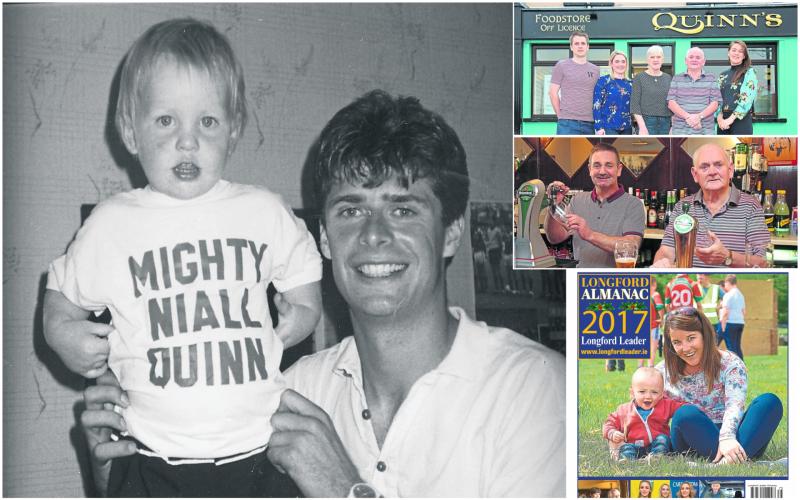 The Longford Almanac 2017 is on sale in newsagents across county Longford and the publication features an article that recounts how Irish international soccer star Niall Quinn met his namesake in Quinn's Bar in Edgeworthstown in 1988.

The main photograph with this artice shows Niall Quinn, aged 15 months, with Irish soccer legend Niall Quinn who dropped into Quinn's Bar in Edgeworthstown in 1988.

When word got out that the soccer star was in town, people came from all over Longford to catch a glimpse!

Established in 1936, Quinn’s Foodstore & Bar in Edgeworthstown has been at the heart of the business community in County Longford for the last 81 years.

And, last month the shutters came down for the last time on a premises that is steeped in history.

For the last 58 years Philip Quinn and his wife Ann have been to the fore at the establishment.

They were ably assisted by Eddie Doherty who worked at Quinn's for the last 38 years, and when he first started working there Philip was delivering milk around the town.

Philip took over from his own parents when he was just 13 years old.

He was also one of nine siblings.

And, as he said himself, “things were very different” when he was starting out.

Like all businesses, Quinn’s Foodstore & Bar found itself changing and adapting to the times.

It was part of a booming community down through the years.

The mart was established in Edgeworthstown, and as the population began to expand, the mid-Longford town grew.
Quinn's was very much part and parcel of those developments.

Demand for the produce that any local corner shop stocked increased and with the influx of farmers and cattle dealers on mart days, Quinn’s Foodstore & Bar was a popular and much loved spot.

“In the early days there wasn’t a lot of money around and at one stage here in Edgeworthstown there was 18 pubs in the town,” Philip reminisced, before pointing to the fact that there are now just five licensed premises left in the mid Longford town.

“All the pubs did well in those days but times have changed now.” 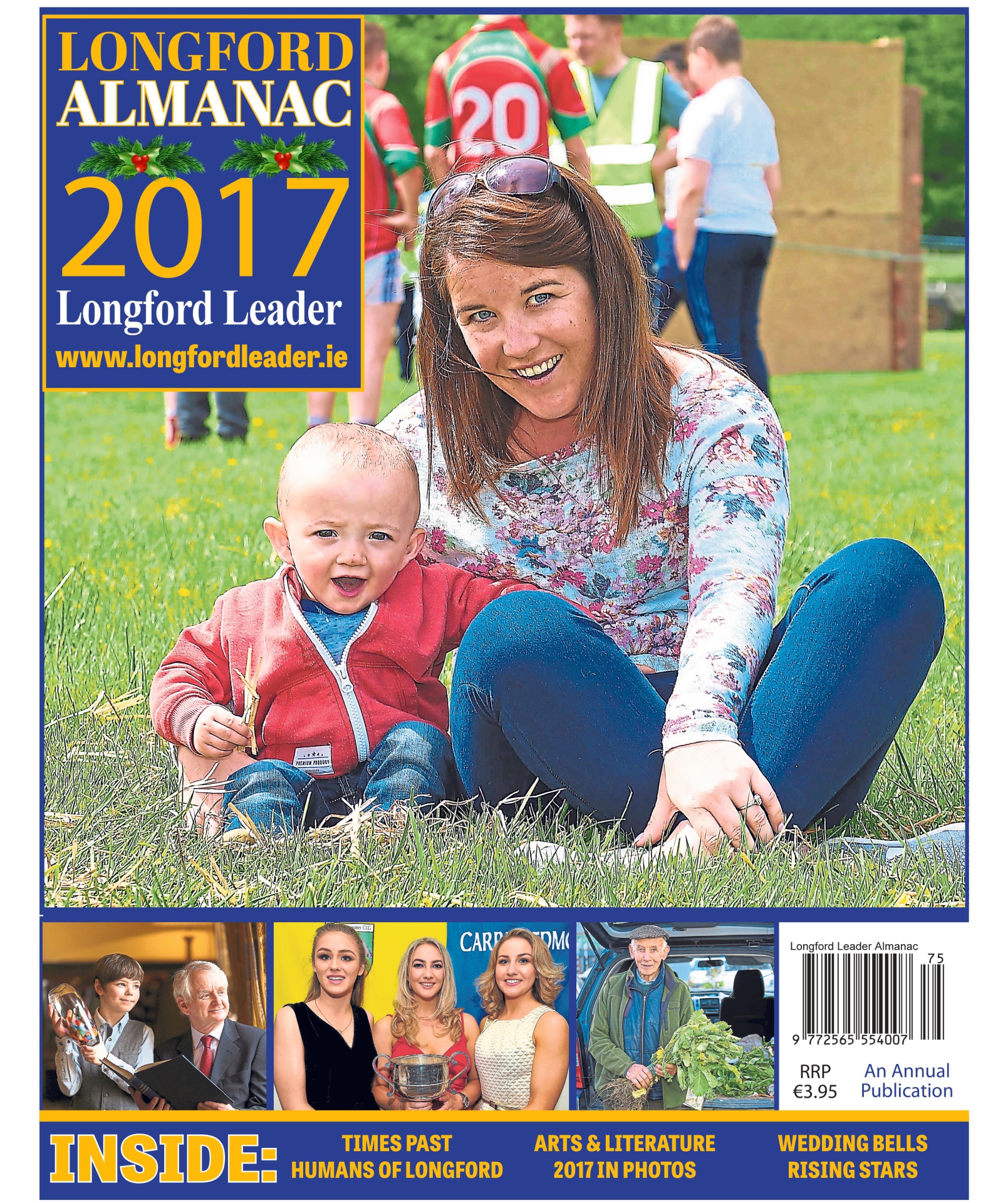 No trading was allowed on Sundays - a fete that is certainly not adhered to these days.

“When Ireland joined the EU, we all expected to get a seven day licence, but it was years later before that happened,” laughed Philip.

“Then when the seven day licence did come in, all pubs were required by law to close for a couple of hours on Sunday for ‘Holy Hour’.”

Quinn’s Bar was and will always be a ‘local’.

Celebrating Christmas with Crafts in Collinstown

Small and intimate, it attracted everyone from the young who would meet there before heading on elsewhere, to the more established locals who would gather for a chin-wag and catch up of a night.

Many people have passed through the doors of the establishment including former Taoiseach Albert Reynolds and Ireland soccer star Niall Quinn - to mention but a few!

“Everybody knew everybody here,” smiled Philip as he recalled manys the “great night” at the pub.

“We had great times here, but I think that one of the biggest changes for a business like ourselves was the closure of the mart in Edgeworthstown.

“That was a huge loss to the town and of course the smoking ban and drink driving laws also impacted.

“I think myself that the smoking ban had more of an impact on us than the drink driving laws did.”

In the 1960s the local dance hall also closed and with that went a lot of regular customers to Quinn’s Bar.

The hall also acted as a cinema, council chamber and Bingo house during its lifetime and its end meant a fond farewell to a different way of life in Edgeworthstown.

“A lot of people would have come to Edgeworthstown when the mart and the dance hall were here and when they closed, those people didn’t come here any more,” continued Philip who married his wife Ann, a nurse, in 1985.

Together the couple have three children - Sarah, Tara, and Niall who got married earlier this year.

“From when they were knee high they worked in the business and always helped us out; they were great,” he said. “They have their own lives now and are ready to move on too.”

With regards to the business, it was a family affair as they say, and the Quinn’s opened at 10am with the day ending at 12 or 1 o’clock in the morning.

The shop and the bar went together.

“Some great characters passed through the bar,” smiled Ann, before pointing out that unfortunately “that generation are now gone”.

Watch this promotional video for the Longford Almanac 2017 ;

Meanwhile, the years went by and the town faced more closures including the local secondary school, but Quinn’s Foodstore & Bar maintained its independent status and continued to provide a much needed service to its customers and patrons.

In recent years both financial institutions in the mid Longford town - Bank of Ireland and Ulster Bank closed their doors too.

However, the building boom from the late 90s to 2006 also ensured a population increase in Edgeworthstown as young couples flocked to the area to either purchase or rent property there.

“There are less pubs in the town now and it’s a different business,” added Ann, before pointing out that the family’s off-licence business had done well in more recent times.

“We had some wonderful occasions here; lovely nights with people who shared birthdays; the day Niall Quinn came was brilliant - so many lovely memories of mart nights, parties and music.

“Everyone who came through our door was a customer and there was great friendships and comradery.”

There is no doubt it is the end of era for both the Quinns and for Edgeworthstown now that Quinn’s Foodstore & Bar has closed it doors.

But Philip and Ann plan to take a holiday in the New Year and decide what is next.

Ann works in St Joseph’s Care Centre in Longford town and plans to continue there for the foreseeable future, while Philip is going to put the feet up once the business is wound up completely.

“We had great times here and met the loveliest of people,” they concluded.