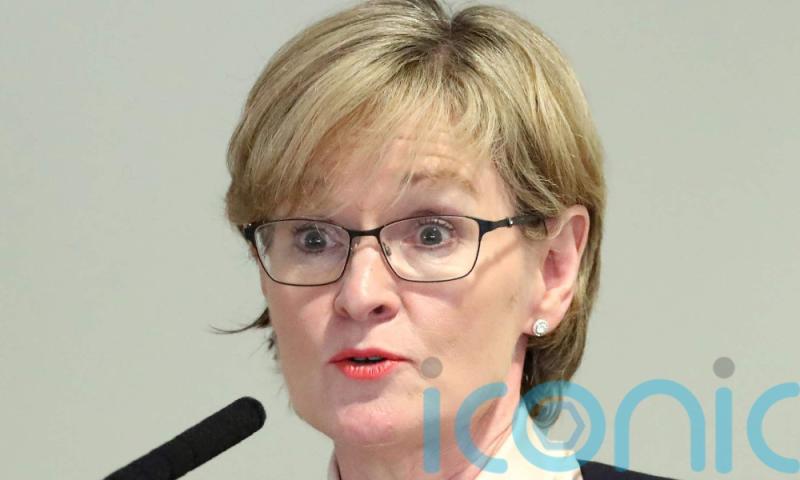 Ms McGuinness, the commissioner in charge of financial services, said: “This is extremely unhelpful to have this news at this time of a new year, when all efforts are being made on our side.

She said there will be a call between UK Foreign Secretary Liz Truss and European Commission vice president Maros Sefcovic later on Thursday.

“This announcement has created uncertainty and unpredictability and certainly no stability, so I’m not sure what the purpose of this move is,” Ms McGuinness said.

“Our clear position is that Northern Ireland is in a very unique and positive situation, part obviously of the UK but in the single market of the European Union.”

She said checks on goods are needed to “protect the single market” and “avoid a hard border”, adding: “The news of this stopping of inspections – if that is actually what happens – is really, really unhelpful in us finding a way forward because business has said there are problems with how the protocol operates.

“We have proposed solutions and we would like to think that we could work through these solutions with our UK counterparts and put an end to this uncertainty, instability, this unpredictability which is so bad for everyone.

“We have reminded our UK counterparts from the very outset when they resigned, if you like, or pulled away from implementing the agreement, that they actually have proposed and signed up to that. They were breaching international law and that is a major problem because we need to be able to trust each other.

“And we were hoping – and I hope it will be the case – that, with a new counterpart on the UK side, we have that trust in each other and can find solutions.

“But clearly when there is action, which overnight and this morning has created confusion, it is very hard to know what the purpose of this is because it doesn’t help the businesses in Northern Ireland.

“It doesn’t help us trying to protect both the Good Friday Agreement and the single market.”

Lorries were still being received at a Department of Agriculture, Environment and Rural Affairs (Daera) checking facility in Belfast Port earlier this morning.

Several vehicles entered the facility after the ferry arrived from Cairnryan in Scotland at 6am.