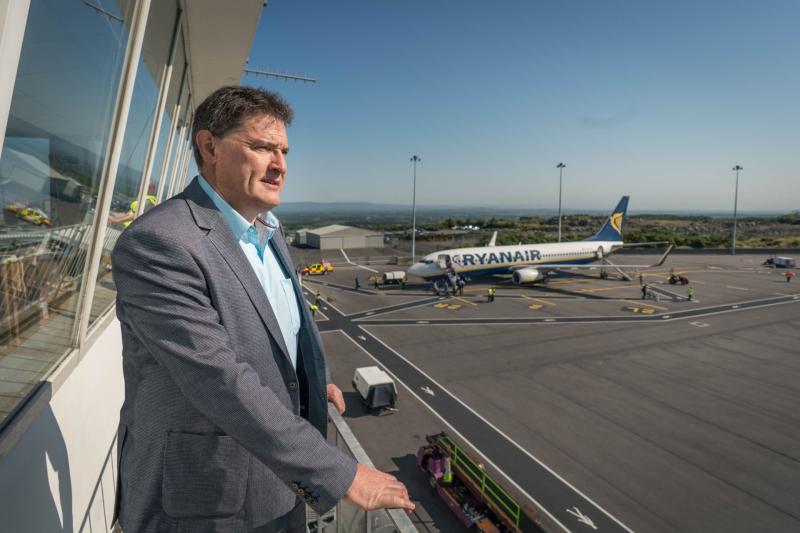 Ireland West Airport are delighted to welcome the opening of the new Center Parcs development in Ballymahon which will be a major boost for the Longford and Midlands region of the country.

It provides a welcome boost for the airport also as Ireland West Airport is the closest and most convenient airport for overseas visitors coming to Center Parcs Longford Forest – located only an hour and 20 minutes drive from the airport.

2018 has proven to be the busiest year on record at Ireland West Airport with passenger numbers climbing to over 770,000 for the first time in the airport’s history, surpassing the previous record of 750,000 passengers achieved in 2017.

The passenger figures represent the third consecutive year of record passenger growth at the airport. The airport is now served by major European carriers Ryanair, Flybe and Aer Lingus and serves over 20+ destinations worldwide.

2019 has proven to be a very successful year at the airport thus far with passenger numbers for the first six months of the year increasing by 5% and with 2019 set to be the busiest year on record at the airport with an expected 800,000 passengers set to use the airport.

Growth in 2019 has been buoyed by the commencement of a new twice-weekly service to Cologne with Ryanair which started in June. This new service is a major boost for tourism in the West, North West and Midlands regions of Ireland as it provides the only direct access to the region from the North Rhine-Westphalia region. Germany is the third-largest market for tourism to the island of Ireland with a record year forecasted in 2018 of over 650,000 German visitors with 50% of German holidaymakers visiting the Midlands, West and North West of Ireland during their stay.

In addition Ryanair have increased capacity by 33% on its twice weekly service to Barcelona Further good news is the extension of their Bristol and Tenerife services to now operate twice-weekly all year round. This will provide for a further 17,000 seats in 2019 as the airport looks set to reach a new record high of 800,000 passengers this year.

Commenting on 2019 performance and the opening of the new Center Parcs development, Joe Gilmore, Managing Director, Ireland West Airport said: “We are delighted to welcome the opening of Center Parcs Longford Forest in Ballymahon. This has the potential to be a game changer for the Midlands and Longford regions and the airport, as the closest and most convenient located airport to Center Parcs, are particularly looking forward to potentially welcoming a major increase in overseas visitors coming through the airport visiting Center Parcs.

“We currently have the largest selection of low cost flights from the UK market to the West and Midlands regions and this should be a particularly attractive selling point for UK visitors coming to Center Parcs Longford Forest. We wish them every success with this new venture and look forward to working with the team over the coming months on some initiatives to promote the new Centre Parcs development.”

The airport now offers access to over 20+ destinations worldwide with convenient, stress free travel and the cheapest on site parking, just minutes from the terminal, proving very popular with an ever expanding customer base around Ireland.