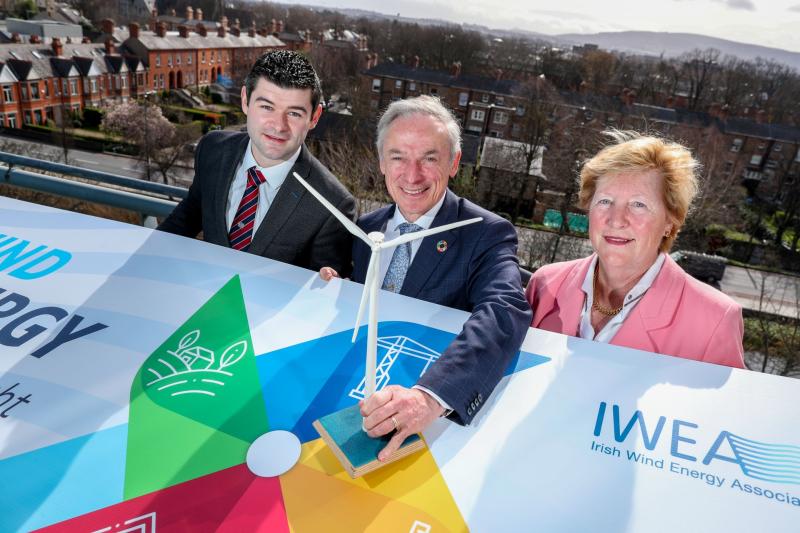 Dr David Connolly, CEO of the Irish Wind Energy Association, said: “Climate change is the single greatest challenge of our time and the responsibility of meeting it belongs to each of us.

“Our billboard campaign is highlighting the role wind energy has played in leading the move away from fossil fuels and towards clean, renewable, electricity. The more wind energy we use, the fewer our CO2 emissions.”

The most recent report from the Sustainable Energy Authority of Ireland (SEAI) found that in 2017 wind energy was responsible for avoiding 2.7 million tonnes of CO2 emissions.

Last December the Environmental Protection Agency announced that a 21 per cent increase in electricity generated by wind in 2017 was largely responsible for a sharp fall in CO2 emissions in the energy sector.

The growth of wind energy means that the CO2 emissions intensity of electricity generation – the amount of CO2 emitted per unit of energy produced – is now at its lowest level on record.

Dr Connolly continued: “Wind energy is the cleanest and cheapest source of renewable electricity in Ireland. Last year we provided 29 per cent of Ireland’s electricity but that is not enough. Ireland must do better.

“We know that wind, with other renewables like solar and biogas, alongside battery technology and greater interconnection, can provide 70 per cent of our electricity by 2030. This target is supported across the renewable energy sector and we hope Minister Bruton will endorse it in the climate action plan he will publish shortly.

“With the right leadership we can be ambitious for Ireland’s energy future and for our role in the fight against climate change.”

The posters will appear on 45 billboards and bus shelters over the next two weeks in Cork, Donegal, Dublin, Galway, Kerry, Offaly, Tipperary, Waterford, and Westmeath.

Also read: Company to drill for gold in Longford