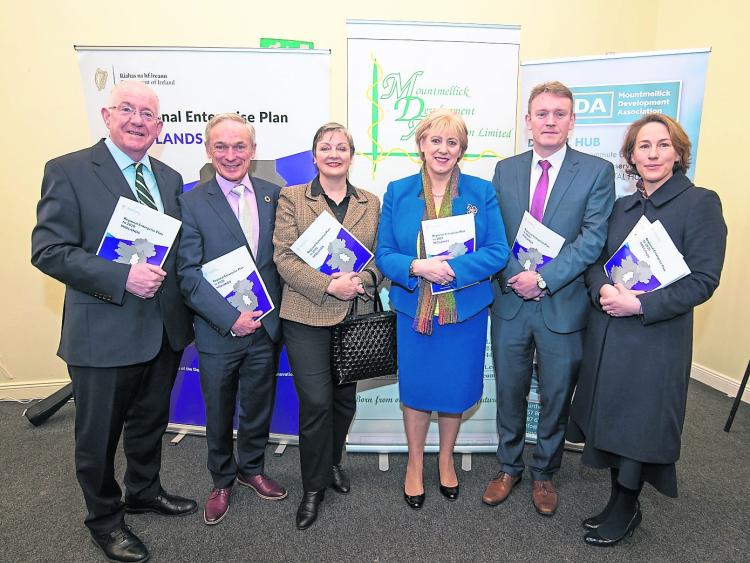 The new Regional Enterprise Plan for the Midlands is set to drive job creation and support enterprise growth in Longford, according to Fine Gael Cllr Micheál Carrigy.

The new plan is the first of nine Regional Enterprise Plans to be launched by the Minister for Business, Enterprise and Innovation, Heather Humphreys, in a bid to drive and continue enterprise growth in regions across the country.

Cllr Micheál Carrigy said: “Strengthening our regional enterprises is particularly important in the context of Brexit.

“The new two year focussed plans complement and add value to the ongoing work of the Enterprise Agencies, LEOs, Regional Skills Fora, and other bodies involved in supporting enterprise development in the regional setting.

Cllr Carrigy confirmed that the remaining eight regional plans will be launched by Heather Humphreys over the coming weeks.

e noted that all plans will have flexibility and will best meet Longford’s needs.

“The development of the Plans was overseen by the Department of Business, Enterprise and Innovation, working with regional stakeholders. My Fine Gael colleague, Minister Humphreys will launch the remaining eight regional plans over the coming weeks. What benefits other areas of the country will also benefit us in Longford,” Cllr Micheál Carrigy said.

“Crucially, they are ‘live documents’, which means new initiatives can be taken on board during their operation by the regional stakeholders working together. As a result, the plans will have flexibility and responsiveness at their core and can best meet the needs in Longford. The plans are tailored for each individual region.”

Cllr Carrigy also noted that future jobs will be launched by the end of the month.