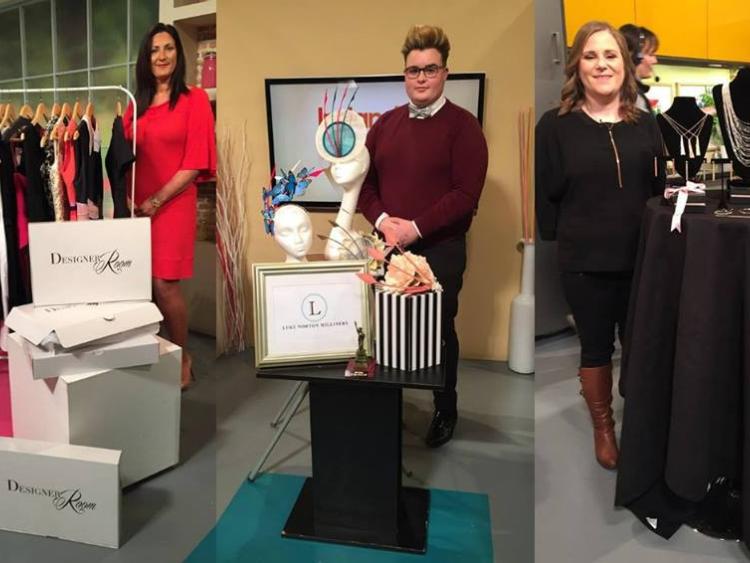 Talented Longford milliner, Luke Norton, featured on TV3’s Ireland AM programme today where he was interviewed about his thriving millinery business.

Luke, discovered his passion for millinery during his involvement with the Junk Kouture competition at Cnoc Mhuire secondary school in Granard.

And he explained to Ireland AM presenter Ciara Doherty that things have skyrocketed for Luke Norton Millinery since April of last year.

Luke, along with the Designer Room and New Romantic Jewellery, were the three Irish entrepreneurs, “all looking for a bit of a boost”, featured on today’s programme.

Luke, from Coolarty, Edgeworthstown, explained that all of his headpieces are custom-made for clients.

Luke studies equine management in Enniskillen and he revealed that the millinery is a sideline that has taken off so much so that last November he was named Milliner of the Year at the New Yorker Hi Magazine 2017 Style Awards.

Following his appearance on Ireland AM, Luke posted on his Facebook page; that was “great fun and such an amazing opportunity.”

Luke completed his Leaving Certificate last June, and during 2017 he designed a number of headpieces that were worn during the Punchestown Festival and his beautiful work was also showcased to a worldwide audience by the Ottawa Rose, Vanessa Foran during the  Rose of Tralee International Festival.

Granard student's Millinery to be worn at Punchestown