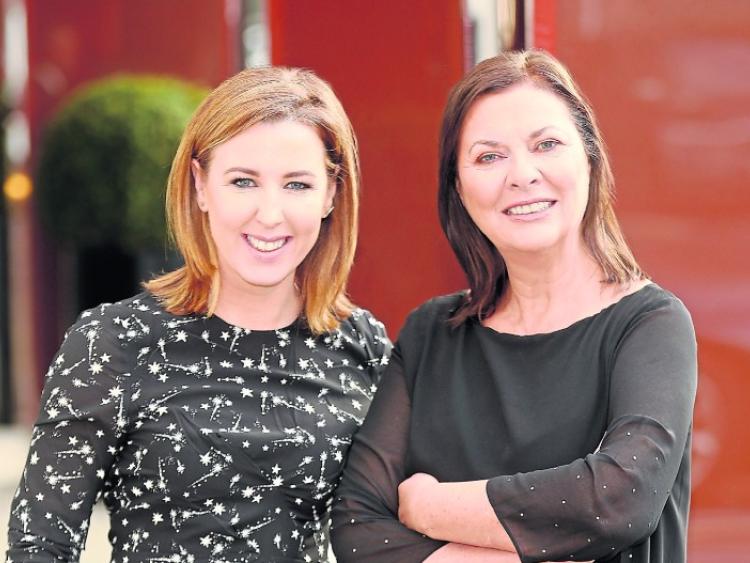 Clodagh Edwards, CEO of Image Publications with retailer and serial entrepreneur Geraldine Swarbrigg, who was presented with the Lifetime Achievement Award at the 2017 IMAGE Businesswoman of the Year

Director of Inglot Ireland and serial entrepreneur Geraldine Swarbrigg received the Lifetime Achievement Award at the 2017 IMAGE Businesswoman of the Year Awards ceremony, on Monday evening at the Clayton Hotel, Dublin.

Selected by the editors and directors of IMAGE Publications, this special award is presented to women who have truly trailblazed in their careers, with former recipients including Breege O’Donoghue, former Group Director of Primark; Mary Finan, a founding partner of Wilson Hartnell PR; and Freda Hayes, founder of Meadows & Byrne.

Geraldine Swarbrigg (née Morris) has retail in her DNA. She was born in 1952, in Arva, Co Cavan, the daughter and granddaughter of Morris General Drapers.

After marrying Cootehill musician Tommy Swarbrigg in 1977, her first foray into retail saw her open Music City record store in Mullingar the next year.

A pivot into fashion began with Geraldine’s first boutique in 1980 before she discovered Vero Moda in Norway and brought it to Ireland in 1991.

Opening stores across Ireland, this accessible fashion brand became a staple in style-savvy Irish women’s wardrobes.
Geraldine then went on to repeat the success with Jack & Jones for men, and Exit for children.

She brought Aldo shoes to Ireland in 2005, opening in the then brand-new Dundrum Town Centre and extending before she sold the brand back to its parent in 2008.

Her canny skill at finding new blockbuster brands continued as Swarbrigg diversified into beauty in 2009, buying the licence for Inglot Cosmetics, which currently has 17 stores nationwide and a busy online sales portal at inglot.ie.

Geraldine is joined in Inglot’s management with daughter Jane and son Peter. The brand expanded into the UK in September 2017 with the opening of Inglot’s first store, in Newcastle. And they plan at least 12 new in The UK next year.

Clodagh Edwards, CEO, IMAGE Publications said, “Geraldine Swarbrigg is a woman with immense talent and dynamism who has been a quiet leader in Irish retail for over three decades.

“Geraldine’s entrepreneurial spirit, can-do approach and tireless energy her an inspiration to all women in business; she truly has forged a path we can now all follow. At IMAGE Publications, we’ve had a longstanding admiration for Geraldine and all the brands she’s brought to Ireland.”