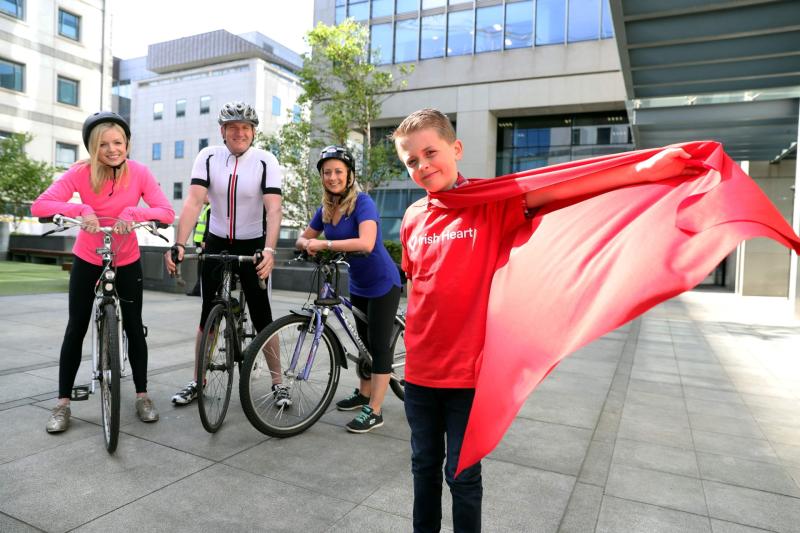 Members of the Ulster Bank branches in Edgeworthstown and Longford, will participate in the nationwide relay.

Ulster Bank and Irish Heart have announced a new partnership to drive awareness about stroke as part of Ulster Bank’s ‘Do Good, Feel Good in June’ initiative.

Members of the branches in Edgeworthstown and Longford, will participate in the nationwide relay, passing the baton between branches before it reaches the finishing point in Athlone on Friday, June 23.

This is the first time a company has backed stroke awareness as their main fundraising cause, and brings together Ulster Bank staff across Ireland as they get ready for the biggest fundraising event of the calendar year.

The aim of the campaign is to support Irish Heart’s efforts to drive awareness of stroke, how to recognise the vital signs and act FAST.

Stroke is Ireland’s third biggest killer but hundreds of lives could be saved if more people knew how to react in particular, the importance of calling an ambulance and getting to the hospital quickly when a stroke occurs. The average stroke destroys two million brain cells every minute, so acting FAST could save hundreds of lives.

Ulster Bank staff around the country will take to the roads during June for a nationwide relay which will see hundreds of staff cycle, run and walk more than 2,000 kilometres over five days.

Participants will pass the baton from branch to branch visiting over 100 locations along the way, before finishing in Athlone.

Speaking about the initiative, Ciarán Coyle, CAO of Ulster Bank said; “At Ulster Bank, giving something back to our communities is really important. For the fifth year running, throughout the month of June, staff across the country will be raising funds for charity. This year, we’re donating all funds raised to support Irish Heart to help raise awareness around stroke, the third biggest killer in Ireland.

"Stroke affects people of all ages so we are so we’re keen to help get that message out there among our colleagues and their families, as well as our customers and communities. We are proud to be part of such a practical, national campaign educating people about what to do when someone close to them is experiencing stroke.”

Chris Macey, Head of Advocacy for Irish Heart said; “About 10,000 strokes happen in Ireland every year, that’s more than one stroke every hour. It’s crucial that people understand the importance of getting to hospital quickly. We are delighted that Ulster Bank has come on board as our partner for this campaign.  Their staff all around the country are already very enthusiastic about the campaign, and with their help we’re aiming to raise awareness of the early signs of stroke and how to act FAST.”

Customers can get involved by taking part in their local branch’s fundraising efforts by donating directly in branch.