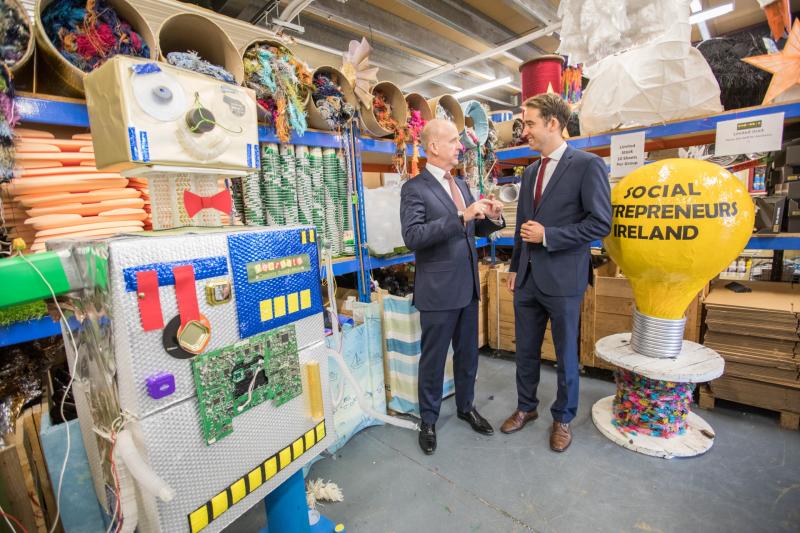 ‘Don’t let a good idea go to waste’ is the call from the organisation which seeks the most innovative ideas and energetic entrepreneurs to solve social problems in Ireland.

Speaking at the launch of the competition, Darren Ryan, CEO of Social Entrepreneurs Ireland said: "We support people who have an entrepreneurial drive, people who think big and have the ambition and energy to see their ideas realised, so that the social problem they are tackling may one day be a thing of the past. If you have an idea or project to make a positive impact, apply to us. If we believe in it, we’ll back you.”

Social Entrepreneurs Ireland has announced a whole range of supports for social entrepreneurs from start-up to scale-up. The call is for people with early-stage ideas right through to people who are ready to grow and scale their existing organisations, to apply at socialentrepreneurs.ie.

Previous winners include Iseult Ward and Aoibheann O’Brien who had the idea for FoodCloud – an app that connects shops with too much food with charities who need it; John Evoy who had the idea for the Irish Men’s Sheds Association – a place in the community for men to connect and create meaningful projects; and Dara Connolly with the idea for ReCreate which takes unwanted materials from businesses and turns them into art materials for schools and families that couldn’t otherwise afford them.

The eight Award winners will join Ireland’s largest network of social entrepreneurs. As well as an immediate €10,000 in unrestricted funding, they will receive a place on an accelerator programme worth €15,000, with access to over 150 pro-bono supporters, coaches and mentors. The programme will explore options for further funding and support from Social Entrepreneurs Ireland, which historically ranges from €20,000 to €300,000 in value.

DCC plc, the international sales, marketing and support services group, is the flagship supporter of the Social Entrepreneurs Ireland Awards.

Applications to the Awards programme and the Academy opened on Wednesday, February 22 and close at 5pm on March 29. A series of roadshows - public workshop and training events for aspiring social entrepreneurs - are scheduled around the country in the coming weeks. Interested candidates can apply or find out more at www.socialentrepreneurs.ie.