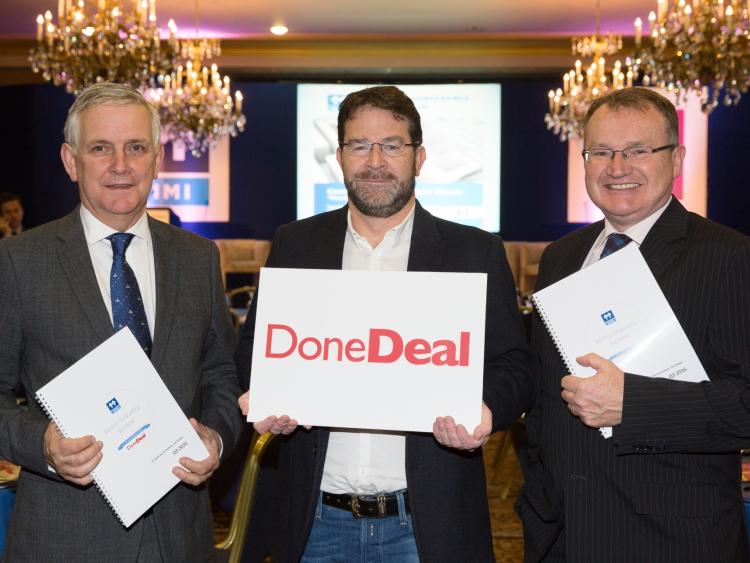 The Society of the Irish Motor Industry (SIMI) this week issued their third Quarterly Motor Industry Review for 2016 in association with DoneDeal, at the SIMI National Retailers Conference held in Killashee Hotel, Naas, Co Kildare. The SIMI/DoneDeal Report highlights the strong performance in the first half of the year for the Industry followed by a slowing down of new car sales from August onwards.

Sales of new cars in Longford have increased by 13.7% for the first 9 months of 2016 compared to the same period in 2015. There were 714 cars sold between January and the end of September compared to 628 last year.

Alan Nolan, Director General, SIMI, highlighted: “Car sales in Longford so far this year are particularly encouraging and this has been seen across the country.  2016 has seen the highest levels in new vehicle registrations since 2008, while some of these sales can be attributed to a catch up in the market overall it has been a good year for our Industry. New car sales so far have contributed €1.25 Billion to the exchequer 24% ahead on last year. With the peak selling months behind us the Industry has now turned its focus to the 171 registration period as can be seen and heard in current advertising campaigns. While 2017 brings with it an air of uncertain due to Brexit we would expect the Industry to continue to perform as economic indicators suggest increased spending power in the Irish economy in 2017.” 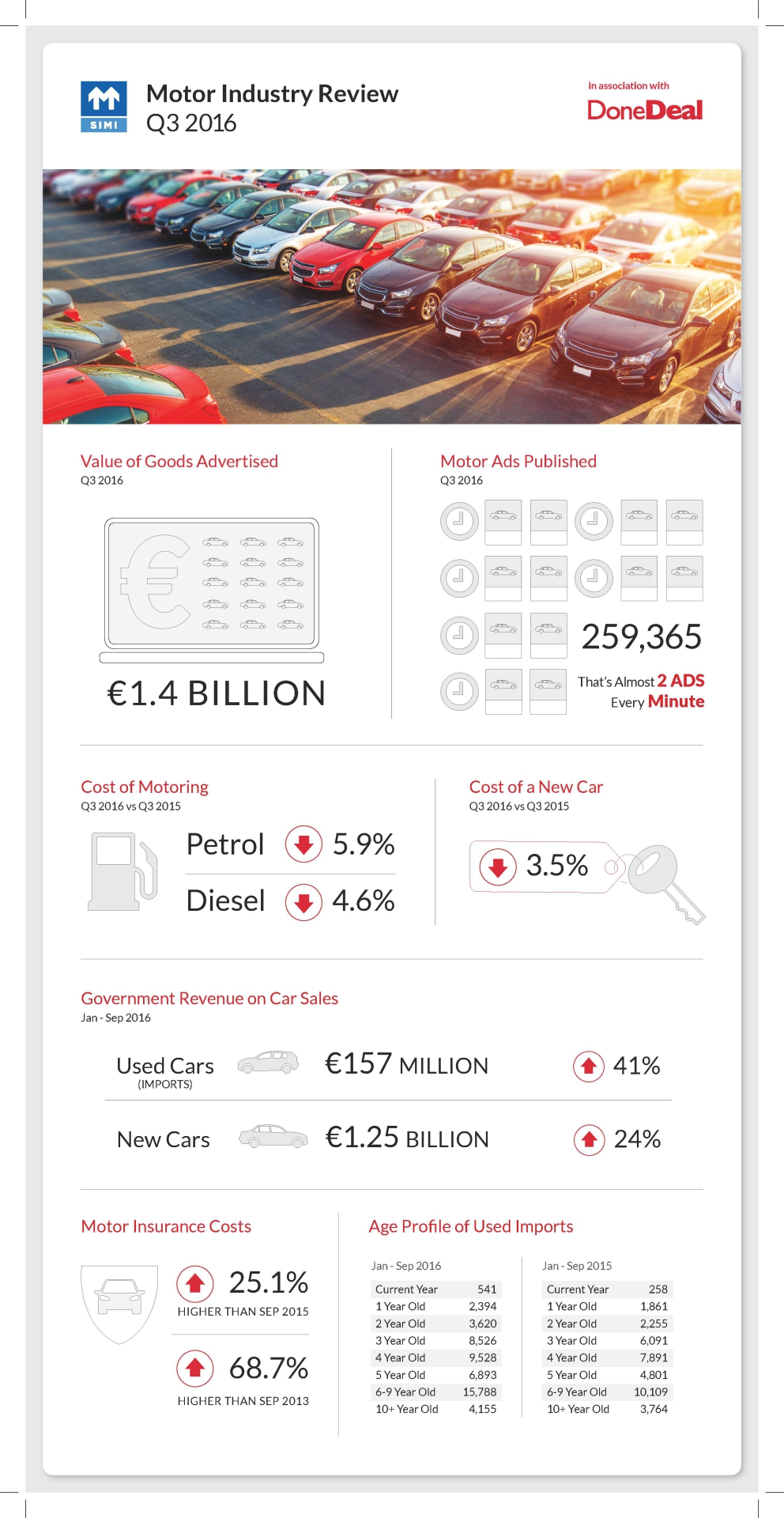 Jim Power Economist and author of the SIMI/DoneDeal Report said: “The auto industry is still performing strongly, but there have been clear signs of deceleration in sales in recent months. Looking ahead to 2017, the outlook for car sales is extremely uncertain. New car sales in 2016 should be close to 147,000 and similar outturn for what is expected to be a very uncertain market due to Brexit effects”

Cathal Cremen, Commercial Manager of DoneDeal’s Motor Section, said: “2016 has been a very successful year for DoneDeal with over 91,000 cars currently advertised on the site. 259,365 motor adverts have been published on DoneDeal in the third quarter of 2016, with a total advertised value of €1.4 billion. This represents a 17% increase in motor ads compared to the same period in 2015. The volume of cars advertised for sale also reflects a rise in the number of dealers advertising on the site. Despite the uncertainty over Brexit, the volume of car ads published with a value in excess €10,000 has increased by over 30% to 42,871 car ads in the third quarter of 2016 compared to the same period in 2015. This very much mirrors the country’s improving general economic performance."