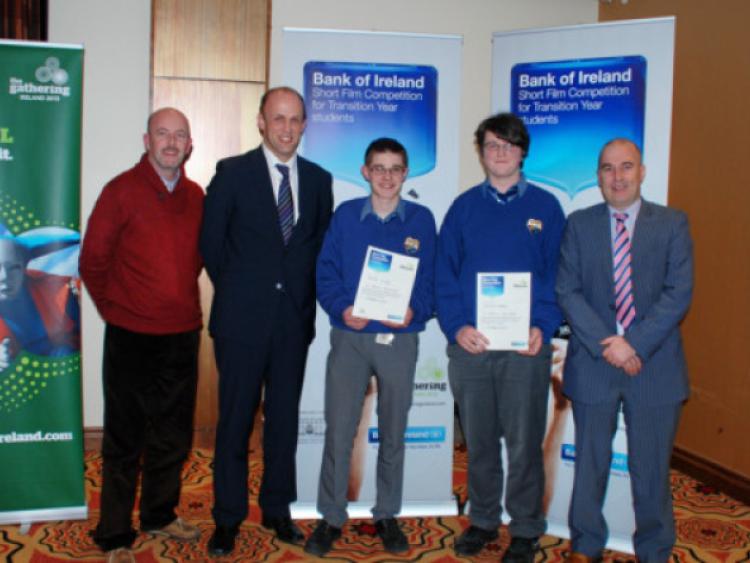 Two students from St Mel’s College have created a video promoting the Longford area for this year’s Gathering celebrations.

Two students from St Mel’s College have created a video promoting the Longford area for this year’s Gathering celebrations.

Callum O’Brien and Peter Clyne, who are both in Transition Year, made it to the North West Regional Final of the Gathering Short Film Competition with their video, after competing against 28 other videos recorded by students from schools throughout the region.

“It was great for them because they were named in the top 10 to go through to the regional final,” said the boys’ teacher, Michael Galvin. “Unfortunately they didn’t make it any further than that but it is still a fantastic achievement for them.”

The aim of the competition was to create a short video highlighting the different parts of the town and county to encourage people to return home for The Gathering.

“They did it all themselves,” Mr Galvin explained. “I just helped them out with transport. They had all their own gear and everything because they had already invested in a good video camera.”

“We both have an interest in film-making,” said Callum. “We spent a week going around the county and Mr Galvin helped us out by driving us.”

“Callum edited the footage afterwards,” Peter said. “And I was able to source some good Irish music that we could use for the soundtrack.”

Mr Galvin explained that the school was approached by Bank of Ireland to participate in the project. “We’d like to thank Benny O’Brien from Bank of Ireland in Longford, for all his help,” he said.

Callum and Peter’s video is available to view online by going to http://bit.ly/gatheringvideo.