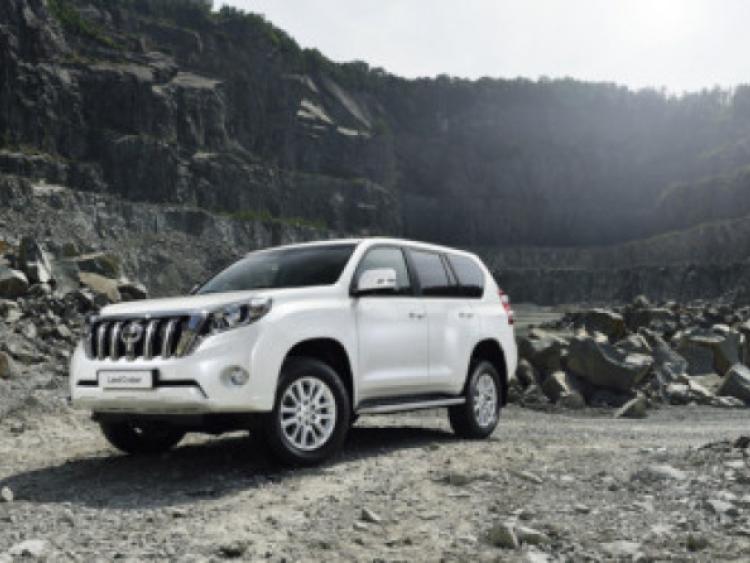 Many serious off-road vehicles are about as comfortable as going over Niagara in a barrel when used on the road but Toyota’s Land Cruiser is one champion mud-plugger that can hold its own on the tarmac.

Many serious off-road vehicles are about as comfortable as going over Niagara in a barrel when used on the road but Toyota’s Land Cruiser is one champion mud-plugger that can hold its own on the tarmac.

When it comes to reputation, there’s little that can touch the Toyota Land Cruiser. It’s the most indestructible of all big 4x4s and has spawned its own legend. Australian backwoodsmen tell you that if you need to get to where you’re going, buy a Land Rover. If you need to get back again, choose a Land Cruiser. In Ireland, however, there’s often little requirement for a vehicle that can ford swollen rivers and wade up to its axles in mud. It’s not that we’re lightweights. We just require a little more versatility.

The latest Land Cruiser responds to that call. Yes, it can still take you wherever you choose to go once the tarmac runs out, but now it’s a much more pleasant place to be for the majority of the time it’s being used as a car rather than a cross-country assault weapon. It’s hard to mess with a legend that has over 60 years of heritage behind it. Has Toyota been successful?

The engine has carried over from the old model. It remains a 188bhp 3.0-litre turbodiesel engine, matched to a five-speed automatic transmission. The four-cylinder, 16-valve unit has been revised to meet Euro 5+ emissions standards, but with no decrease in performance: 420 of torque is available from 1,600 to 3,00rpm and it’ll accelerate to 62mph in 10.2 seconds in three door guise while the weightier five-door model will detain you for 11.0 seconds. A performance SUV this is not.

That doesn’t mean to say the Land Cruiser need be hard work to drive. The latest suspension modifications offer an improved balance of stability and ride quality. This applies both to the standard set-up and the Kinetic Dynamic Suspension System featured on higher grade models. On the standard system damper performance has been optimised, while the Kinetic setup benefits from an increase in thickness/diameter for several components, including the front anti-roll bar to create smoother vehicle behaviour with better front-to-rear weight transfer when cornering. This improved on-road refinement hasn’t come at the expense of off-road ability though. That’s sacrosanct and Toyota only green lights developments that can benefit both roles.

The Land Cruiser has proven itself a winning formula and it’s understandable that Toyota is reticent to mess with that too radically. Instead, it has chosen an incremental approach to change here, tweaking the suspension design and the exterior styling. It’s inside that you’ll notice the biggest differences, with the adoption of an interior that seems more appropriate to the asking price.

Overall, the Land Cruiser still seems happily out of step with its rivals in the large family 4x4 segment. As they get ever more sporting and powerful, this Toyota seems a breed apart, resolutely rugged despite the improved quality of the latest car. It’s as if the brand has dialled in a little Lexus into the Land Cruiser mix without diluting the core proposition. Perhaps that’s no bad thing.