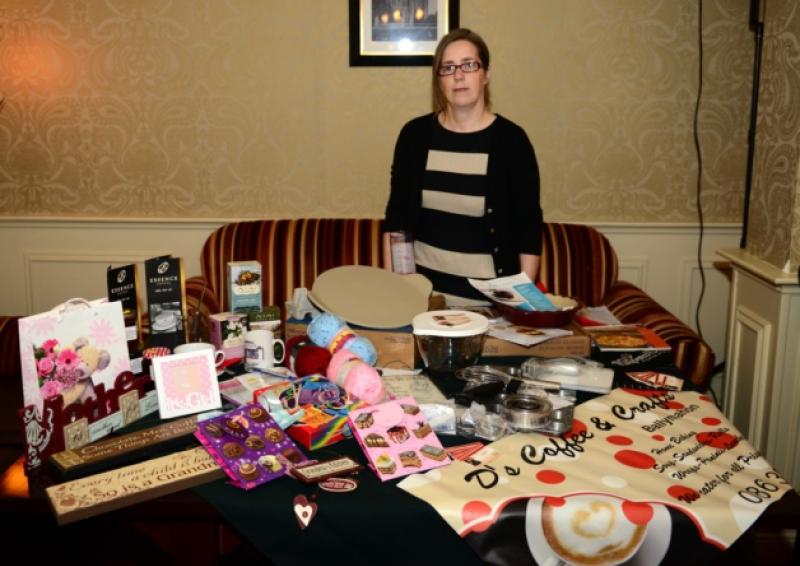 There’s a lot to be said for forward planning and vision, forces that are manifesting themselves with gusto in the Ballymahon area, it appears.

There’s a lot to be said for forward planning and vision, forces that are manifesting themselves with gusto in the Ballymahon area, it appears.

At least that’s what the 40 odd members aligned to Ballymahon Traders Association are telling themselves as they, like many locally based business group’s face up to these recessinary times.

It was a night of networking, introductions and cementing relationships, and according to Jackie White, Ballymahon Traders Association, PRO: “It provided a platform on which to make great plans for the area”.

The event was also billed as an ideal opportunity for local firms to see, at first hand, what other businesses are doing to safeguard their own futures.

“It was a fantastic event,” said Ms White.

“It was just a great opportunity to meet other traders in the area - we all have plans for the future of Ballymahon and indeed the whole area, and it was great to meet with like-minded people and discuss that further.”

Ms White also pointed out that the occasion provided the springboard for further enterprise and integration among local businesses. “We are looking for lots of people to come onboard,” she said.

“There are so many new business start ups in Longford - people working from home, etc, and we want to get in touch with those people; we want to know what is going on in our area and build on what we have.”

Ballymahon and its environs have suffered like all rural areas as a direct result of the recession.

However, strong will and plenty of determination by the local traders led to the formation of the association.

“We are very excited beccause there are a lot of very positive things happening; On the night of the showcase evening for example, we had a number of guest speakers who really provided food for thought.” continued Ms White.

“Sheila Flynn from Bank of Ireland reassured us that the bank in Ballymahon was open for business and would continue to be, while CEO, Irish Internet Associaton, Joan Mulvihill spoke about how people can do things for themselves.

“There is so much going on in terms of business and start ups in Co Longford, so there is a very positive vibe out there and we have plenty to plan for and plenty to build on.”

“They say the next generation will be digital savvy because they will grow up with advanced cutting edge technology. We have the infrastructure and the skill base, so we have what is needed to encourage and attract people to come and work in Longford.”