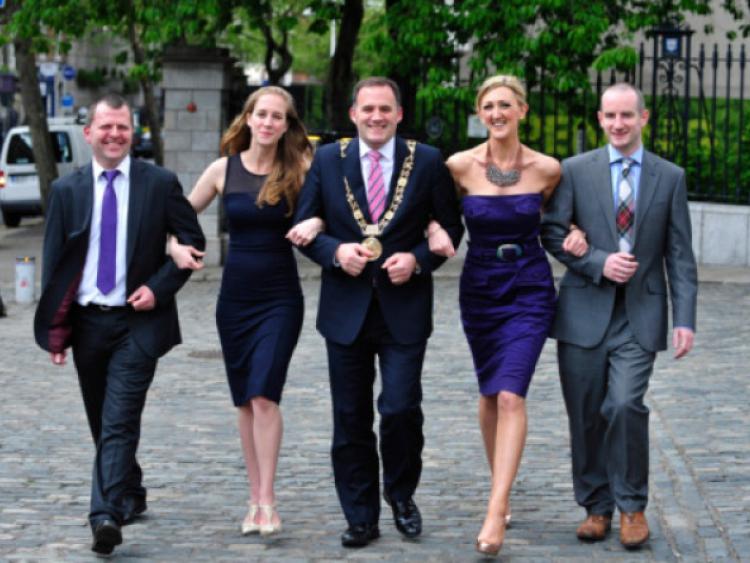 Joan Mulvihill is the perfect example of how to make the best out of a bad situation.

Joan Mulvihill is the perfect example of how to make the best out of a bad situation.

Four years ago, the Ballymahon native was staring at the prospect of a future shrouded in uncertainty with her career seemingly at a standstill.

Made redundant and despite, as she flippantly remarked, having “more degrees than a thermometer”, things looked discernibly bleak.

That was October 2008. Fast forward to today, and it’s a very different Joan Mulvihill to the one which had fallen victim to Ireland’s advancing recessional tide.

Much of that turnaround has been built on the successes she has enjoyed with the Irish Internet Association.

A professional body designed to assist companies tap into the rapidly developing online world, the organisation now has 300 member companies to its name.

And all of this with just a two-strong crew, the other being Joan’s trusty events and training manager, Ailbhe Lee.

Last week, Joan was recognised for those endeavours at a Digital Champion ceremony in Dublin, shortly after she collected a similar honour at the prized Innovation Luminary Awards.

It was an occasion the easygoing businesswoman has yet to fully overcome.

“It’s just so overwhelming, the whole thing,” she gasped, as she reflected on her newly adopted mantle of Irish Innovation Champion. “It really was the most amazing experience ever. The fact it was its (awards) inaugural year, to put it into words is just so difficult.”

Her enthusiasm is perhaps understandable given the fact other well known faces such as physicist Stephen Hawking and space skydiver Felix Baumgartner featured among the awards.

But the IIA CEO is, if nothing else, modest. Asked how the accolade might propel her own career, Joan quickly shifted the focus back to others.

“I just hope I can live up to it (award). I have to say, Ailbhe is just great. I am just so fortunate to have her.”

Her confidence in those around her is one she puts down to trust. A lucid term it maybe, but it’s one Joan believes is an absolute must when it comes to business.

She also speaks fondly of her parents, Jimmy and Lily and her time at the south Longford town’s Mercy Secondary School.

Family life is clearly important, an acceptance that was demonstrated only last weekend as friends gathered to celebrate Joan’s 40th birthday.

“One of my friends even flew in from Shanghai for it,” she happily recalled. “Then there was the cake and the candles. All I remember is standing over it, looking down and thinking what to wish for. I just thought to myself ‘there is nothing that I need to wish for’ so I suppose I must be happy.”

Her only regret in recent times was not winning a slice of last week’s €10m lotto jackpot.

Still, not the worst the complaint to have all things considered.