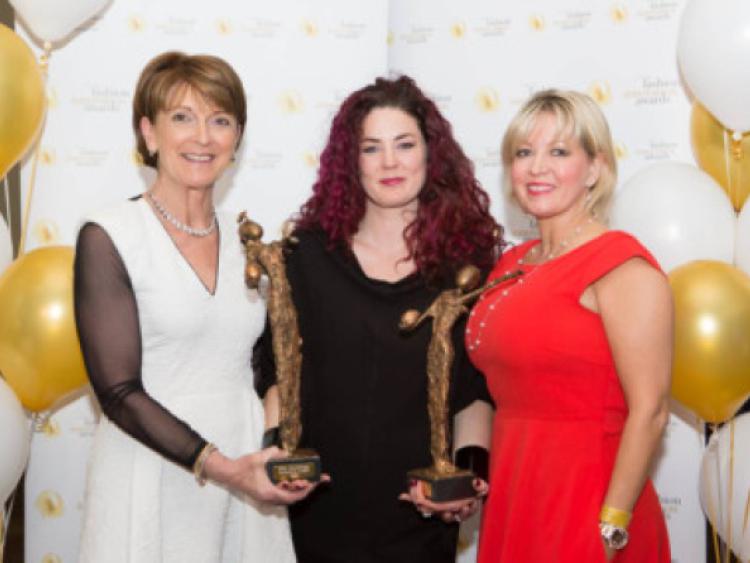 A Longford native made a lasting impression at the Irish Fashion Innovation Awards in March, walking away with not one, but two awards.

A Longford native made a lasting impression at the Irish Fashion Innovation Awards in March, walking away with not one, but two awards.

Lisa McCormack, originally from Abbeyshrule, was awarded Jewellery Designer of the Year and the Innovation award at the event, which took place in Galway on Wednesday, March 25.

Lisa, daughter of artist Loretto Cooney and Thomas McCormack, is the face behind Capulet & Montague, a jewellery label that the talented designer founded in 2012.

“It was great to be in such a high standard of competition,” Lisa told the Leader, explaining that her fellow competitors had several years experience in business behind them.

It’s a massive success for Lisa, who lost her job as a manager in a café during the recession. While unemployed, Lisa found that she had “little money and a lot of time” and began to make jewellery for her friends’ birthdays.

Working on her designs, and having been creative from a young age, Lisa got involved in the Back to Work Scheme, which ultimately led to the development of Capulet & Montague, a name inspired by Shakespeare’s ‘Romeo and Juliet’.

“I went to school in Ballymahon, and it was one of the best books I read in school - I loved it. I liked the idea of two feuding families,” Lisa continued, explaining the application of that in her pieces as two very different things that can come together and “be amazing”.

When asked about her design process, Lisa admitted, “I generally would look at fabrics for inspiration more than jewellery,” pointing out that the way fabrics fold and can be layered is particularly appealing. “I also wouldn’t really change the acrylic.”

As well as earning these two awards, Lisa’s designs have been featured in Image Magazine and Tatler, and one of her creations has even been used alongside a Christian Dior piece. Grateful to Atelier 27 for stocking her pieces and for their support, Lisa is now preparing to launch some new pieces at the premises.

Though her designing career was kickstarted by the loss of her job, Lisa summed it up best by saying, “It worked out really well in my favour in the end”.