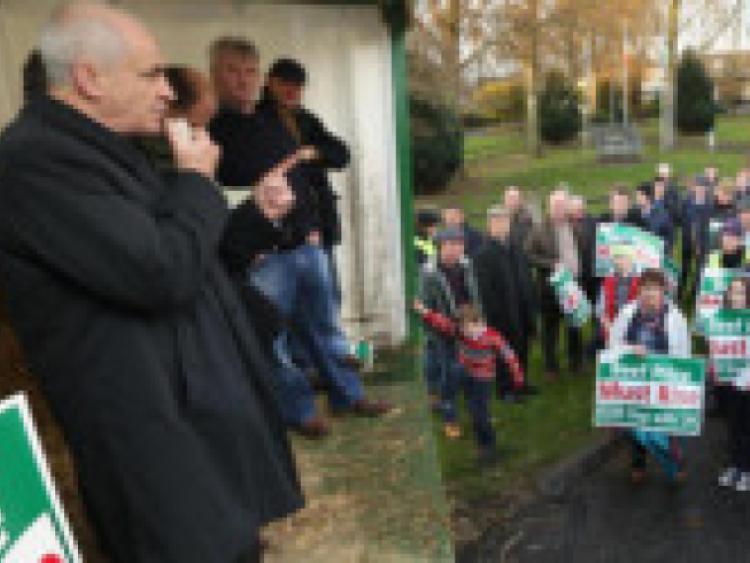 Farmers returned to the factory gates at the weekend with a two day beef protest which kicked off on Sunday.

Farmers returned to the factory gates at the weekend with a two day beef protest which kicked off on Sunday.

“Farmers just want their fair share,” says the IFA after pickets were placed outside the gates of three of the main players in the industry - Kepak, Dawn Meats, and Larry Goodman’s ABP Group - including Kepak in Athleague, Co Roscommon and Dawn Meats in Ballyhaunis, Co Mayo.

The move is a follow on from the previous weeks pickets which saw IFA members voice their anger over the beef price crisis.

During last week’s beef forum meeting the Minister for Agriculture, food and the Marine, Simon Coveney TD managed to secure agreement between farmers and factories that both sides would negotiate on weight and specification issues.

While a number of independent processors have since increases prices, it is nowhere near that blanket increase that farmers had hoped for and with an obvious discrepancy between Irish and British beef emerging, local farmers are becoming more and more disillusioned.

Longford IFA chairman, Andrew McHugh said the situation was at crisis point and further action would be taken in the weeks ahead if the processors continued to operate in the same manner as they have been.

“Great crowds turned out for the protest,” said Mr McHugh, adding “this must achieve something”.

He said the massive €350/hd price differential which had opened up between Ireland and Britain and Northern Ireland would not be tolerated by farmers any longer.

“It is impossible to explain to farmers why Irish beef prices are €1/kg behind those paid to farmers in Britain and Northern Ireland,” he added. “The three main players are dictating the price of beef in ireland and the industry is worth €2b to the economy. “Farmers have held the line and sold cattle at below the cost of production and since August the price of beef in the UK has increased by 30c per kilo, so while markets have improved, the price increase has not been returned back to the farmers.”