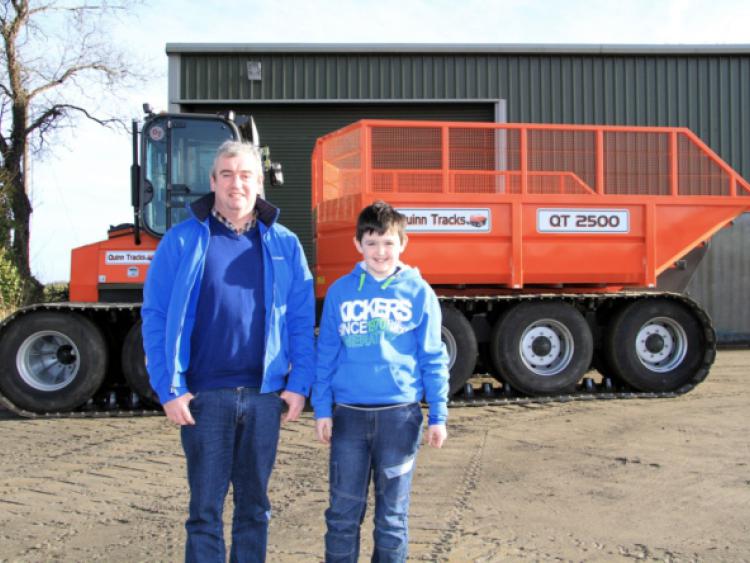 It may sound strange, but not everyone is down in the dumps about our recent bout of inclement weather.

It may sound strange, but not everyone is down in the dumps about our recent bout of inclement weather.

Moydow’s Ronan Quinn certainly falls into that category as he prepares to join Ireland’s latest list of inventor extraordinaires.

And the reason behind his new found success is simple. It’s all down to Ronan’s aptly named Quinn Track Bog machine.

A supplier of peat to Rathowen based Klasmann-Deilmann for over a decade, the harsh winters of 2008 and again in 2009 forced Ronan’s hand to look at alternative ways to gather peat.

Of late, Europe’s largest supplier, Klasmann Deilmann in Latvia has agreed to use the Quinn Track Bog machine on lands in Northern Europe.

On that evidence, it certainly does.