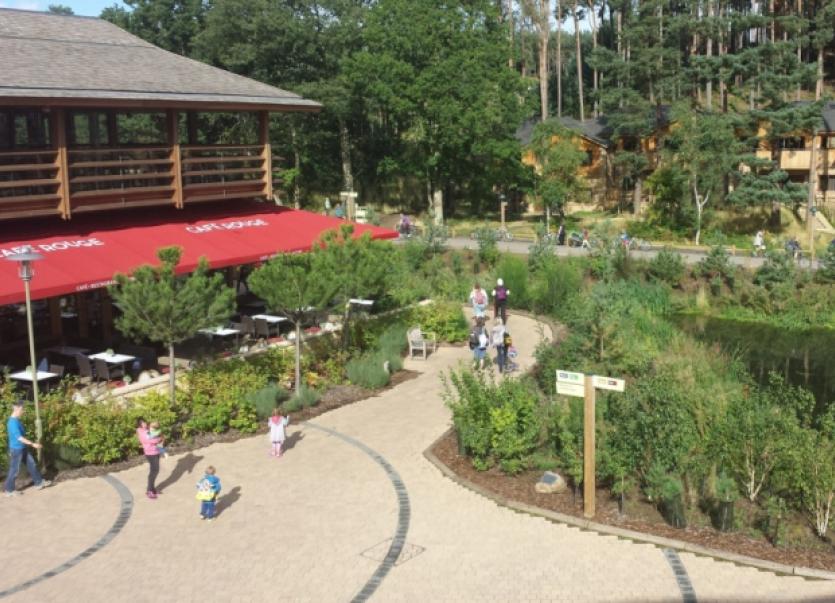 Center Parcs’ proposed €200m site in Ballymahon will be called Longford Forest and could generate up to €1bn for the local economy over the next 20 years.

Center Parcs’ proposed €200m site in Ballymahon will be called Longford Forest and could generate up to €1bn for the local economy over the next 20 years.

Mr Dalby told the Longford contingent, which included 15 councillors and all four Longford-Westmeath Dáil deputies, that plans to open the 375 acre site in 2019 were still very much on track. He said the comparisons to that of Woburn were many.

Its size and vast activity offerings were just for starters.

The only differences, he said, could be drawn from the cost levels involved and expected occupancy rates.

“This park (Woburn) opened on June 6 last year and for the first year we ran at 95 per cent occupancy,” he confidently put it.

“It’s literally open and has been full ever since which is quite remarkable.

“I don’t think we will see that in Ireland.

“I think there will need to be a build up over two to three years before we get to those levels of occupancy.”

In anticipation of last Wednesday’s visit, he said he had been reading over a recently compiled economic impact study of the proposed Ballymahon site.

It’s findings were as intriguing as they were eye-opening.

“A sentence in that study jumped out at me which said the park at Ballymahon over 20 years will contribute over €1bn to the Irish economy in terms of GDP,” he added.

Cathaoirleach of Longford County Council, Cllr Gerry Warnock told the assembled gathering in Woburn Forest that not even the harshest of cynics could disparage what the UK leisure firm were trying to achieve.

“We knew you guys were a serious outfit, that you wanted to do things properly and we (councillors) eagerly awaited this trip to see for ourselves what you have on show, what’s in store for Longford and the Ballymahon area,” he said.

“I think you have blown away all our expectations.

“We were looking for faults and there is this adage of ‘Oh it’s too good to be true’. And normally it is but I think Center Parcs have smashed that myth out of the water,” he concluded.

Center Parcs is hosting two community days in Cooney’s Hotel in Ballymahon to outline detailed plans for Longford Forest on Monday, September 7 from 1.30pm until 8pm and on Tuesday, September 8 from 9am-1pm