Ulster Bank to close in
Granard after 145 years 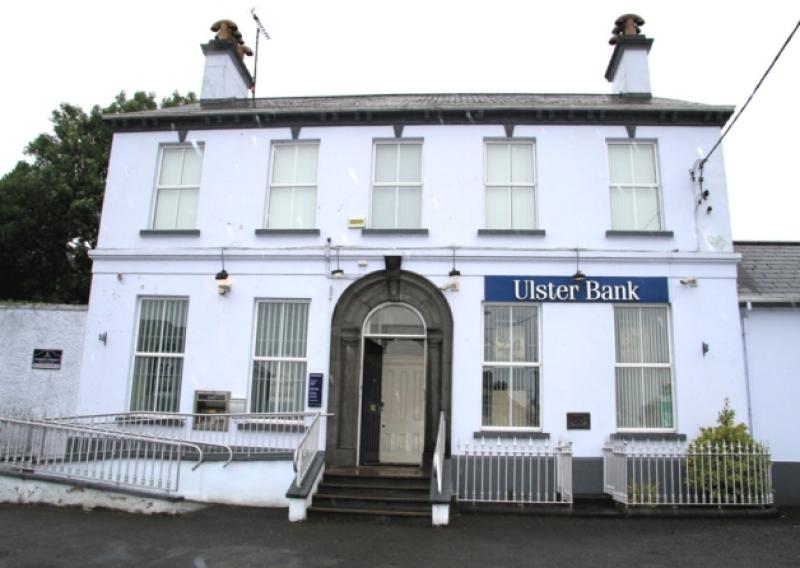 The announcement that Ulster Bank in Granard is to close has come as a major blow to the people and businesses of the north Longford town.

The announcement that Ulster Bank in Granard is to close has come as a major blow to the people and businesses of the north Longford town.

Fine Gael Deputy for Longford/Westmeath, James Bannon called on the bank to reconsider the closures of a number of its rural branches including the facility in Granard. “I call on Ulster Bank to reconsider their decision to close these branches which are vital for the rural economy,” he said, adding “the closure of the Ulster Bank branch in Granard is a real blow to the town”.

“Rural Ireland needs its local bank branches and communities are entitled to them. This loss of key services is increasing the sense of isolation that some rural communities are experiencing.”

Last week, Ulster Bank announced it was closing a number of branches countrywide including the branch in Granard, which has served the people of the area since 1869.

Canice Dunphy, Super Valu Granard said the town was left stunned by the decision and a public meeting would be held in the north Longford town to address the matter.

“This is devastating news for the town,” said Mr Dunphy, adding, “I find it very hard to understand why this has happened”.

“Even from a geographical point of view it makes no sense; the Castlepollard branch was closed last year and many of those people moved their business to Granard.

Now they will go to Mullingar and people in Mullahoran/Kilcogy will go the Cavan and everyone else will be going to Longford. Business in Granard will be destroyed.”

Local Area Representative in Granard, Cllr PJ Reilly (FF) said that he had spoken to Deputy Robert Troy about the matter, and it was his intention to seek a deputation to meet with Ulster Bank management, in the hope that the decision to close the bank would be reversed.

“I hope we will have a strong deputation on this,” he added.

“Not everything can be done online when it comes to banking and this is a very bad decision for the town of Granard.” In a statement, Ulster Bank said the Granard branch would close in November 2014.

“Customers will be transferred to our Longford branch,” a spokesperson added. “We will also be writing directly to customers of Granard in the coming weeks to inform them of alternative branch locations in their area and the range of banking services available on their mobiles, online and via telephone.”

The bank also confirmed that there would be “no additional job losses” as a result of the closure.