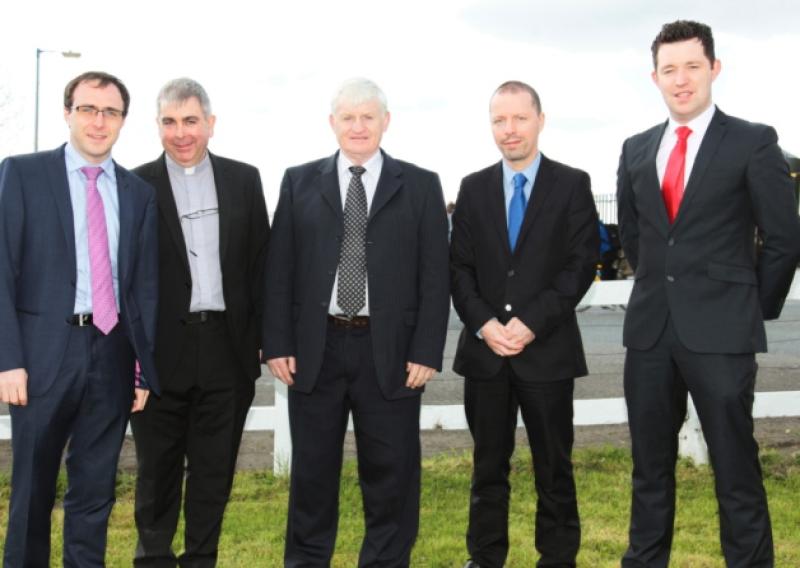 A new agri business employing six people was officially opened on the outskirts of Granard town this week.

A new agri business employing six people was officially opened on the outskirts of Granard town this week.

Lir Analytical Ltd which is owned and managed by Multyfarnham native, Michael Savage was officially opened in the warm sunshine by Deputy Robert Troy TD last Friday at Rathcronin.

The business which specialises in cleaning solutions for the dairy and pig sectors currently employs six people and plans are already in the pipeline to double the workforce over the next few months.

Deputy Troy spoke of the need for supports for small and medium businesses locally, and he also pointed to some very interesting statistics.

“In Ireland it is the 35-54 years age group that is mostly self-employed and the number of people under 25 that are self employed has decreased by 50%,” he said, adding that he was part of something very special that was happening in Granard. “In a short space of time, six full time jobs have been created and we need to applaud and support our indigenous industry. The small and medium enterprises need to get the supports they deserve and entrepreneurs need guidance and an assurance that those supports will be provided.”

Deputy James Bannon (FG) who spoke to the Leader after the opening said the move served as a ‘great boost for Granard and the midlands’.

“It is wonderful to see job creation in the constituency and I wish Michael Savage, and all his team the very best of luck,” he added.

Mr Savage pointed to further jobs in the short term. “We would be hoping to employ about 12 or 13 people altogether over the next few months,” he explained.

He added, “Granard is a great town in which to do business; it is an industrial town and a place where Lir Analytical can get maximum exposure. a lot of farmers pass through this town and we are in very close proximity to the Mart here as well. We have also teamed up with Athlone Institute of Technology (AIT) in the area of research and that too is an exciting development as well.”

Lir Analytical Ltd was established in 2013 in Rathcronin. The company prides itself on being Chemical Formulation Specialists that is dedicated to the chemical, environmental, business and service industries.