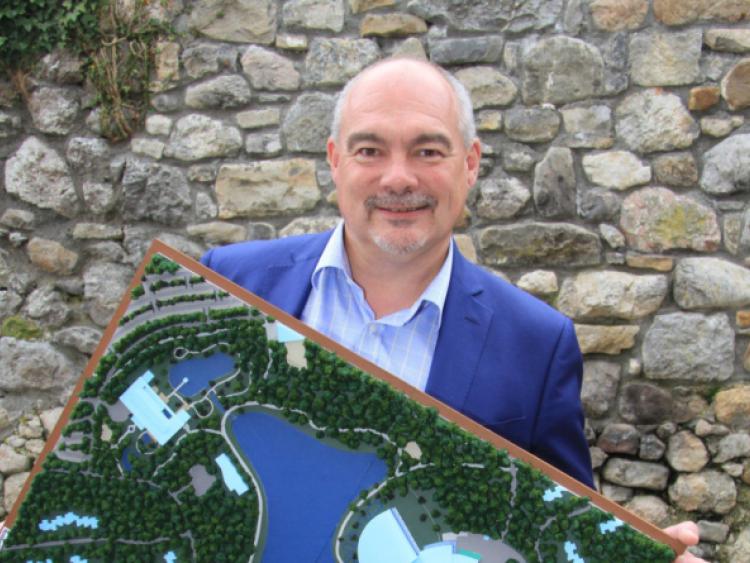 Senior officials from the UK firm, headed by its CEO Martin Dalby, were in Ballymahon last week to reveal detailed plans, scaled models and artist’s impressions of what the new facility will look like.

It was the third and final community open day the short break holiday provider held before official planning submissions are lodged with Longford County Council next month.

Mr Dalby said he, together with his team of designers had listened closely to what local residents had to say, culminating in the decision to purchase more forestry.

“We have acquired a little piece of land, which is another 25 acres,” he told onlooking reporters. “That’s enabled us to create a 1.2km long arrivals road and will mean there will never be any traffic backing up onto Newcastle Road.

“That, we think is really important and is something that came about having listened to local people last time we were here.”

Like its five other UK-based leisure villages, the proposed Longford Forest will encompass a subtropical swimming paradise, an aqua sana spa and sports arena.

What’s more, Mr Dalby said the inclusion of a 60 metre “buffer zone” along the forest’s outer perimeter will ensure environmental concerns are kept to a minimum.

“Center Parcs will not be seen by anybody, they will not know we are here,” he confidently declared, while stating the site’s would also contain an Irish pub.

A large number of people turned up at the Open Days to hear about the company’s plans for the site.

Gerald Condon, who was accompanied by his mother, Nora, said there was plenty for locals to look forward to.

“At the moment it’s looking quite good,” he said.

“I don’t see anything negative at all about it. The roads might get a bit busier, but I have been doing a bit of research into it. They (Center Parcs) are employing between 850 and 1,000 people and it’s going to be open 365 days a year.

“Even if there was 600 more jobs than there was, the likes of Ballymahon and other areas like Abbeyshrule will all benefit from it.”